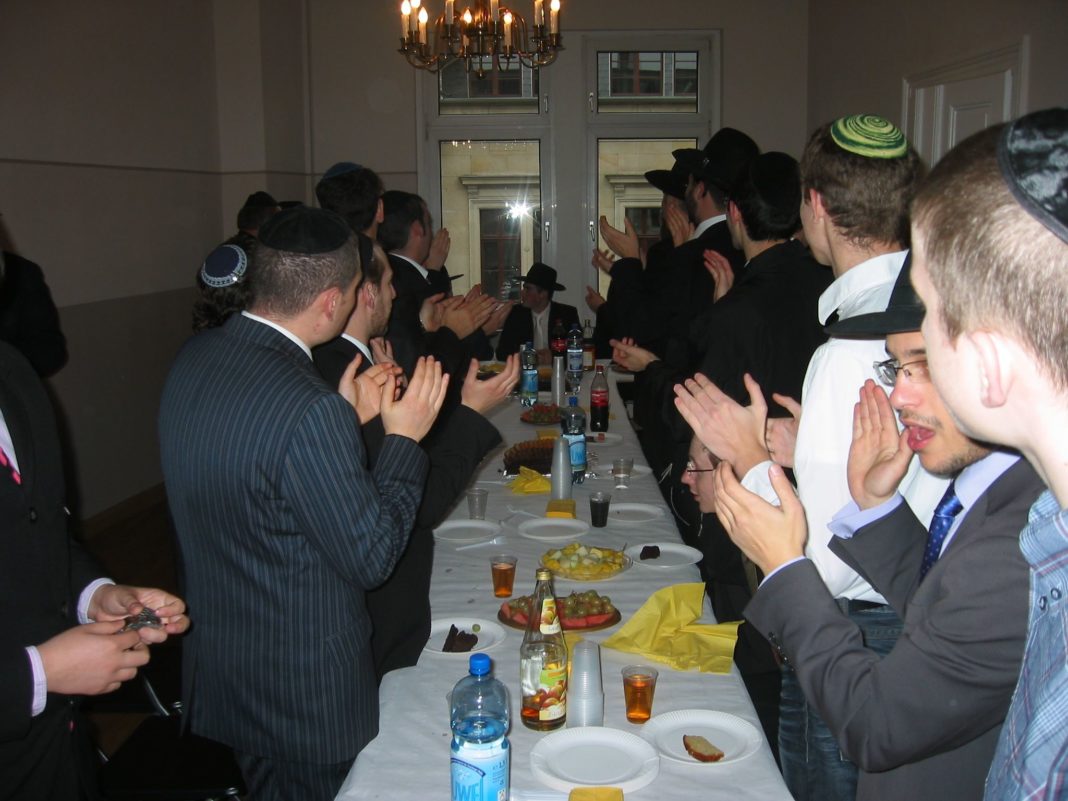 Severe weather across Europe has shut down airports and businesses, and made it much more difficult for needy Jews to get assistance.

The unprecedented snow and low temperatures this week in places such as the Baltics, Bulgaria and Romania has required the American Jewish Joint Distribution Committee to deliver extra food, medicine and space heaters to its clients in the countries of the former Soviet Union.

Needy Jews who ordinarily would travel to special heated canteens for meals and care have been homebound, in some cases for several weeks.

In some cases, JDC also has had to provide extra stipends for high heating bills.

“Despite impenetrable weather and below-freezing temperatures, JDC provides these Jews-among the poorest in the world-with a desperately needed lifeline,” said JDC CEO Steven Schwager. “With no other safety net and a total inability to obtain basic necessities, we’re making sure they feel some warmth, and hope, when they need it most.”

“As you know, Lebanon is in a precarious situation whereby Hezbollah is in a powerful position to usurp the Lebanese Armed Forces (LAF),” Rothman (D-N.J.) wrote Wednesday in a letter to Sarkozy, who is seen as generally pro-Israel and is due to visit the United States next month. “If this were to occur, Israel would be in grave danger of having your anti-tank missiles used against her.”

Rothman, who is a defense appropriator, was referring to reports that France plans to sell 100 state-of-the-art anti-tank missiles to Lebanon early next year.

The United States and France are committed to propping up Lebanon’s government against challenges it faces from Hezbollah, an indigenous Shiite militia that has strong Iranian and Syrian backing.

“I agree in principle that strengthening the LAF against Hezbollah is an important goal,” Rothman said in his letter, “but I believe that providing the LAF with anti-tank missiles is neither helpful nor necessary in that regard.”

The Greek government condemned a high-level Orthodox priest for making anti-Semitic statements during a television interview.

The Metropolite of Piraeus Seraphim blamed world Jewry for Greece’s financial problems and for other ills in the country during an appearance Monday on Mega TV, Greece’s largest television network.

“It is not the role of the government to judge and comment on priests’ statements. But it is the government’s obligation to condemn the language of hatred by whoever expresses them,” Greek government spokesman George Petalotis, an assistant minister to Prime Minister George Papandreou said in a statement issued Thursday afternoon. “It is the government’s duty to stigmatize as unacceptable the language that denies the Holocaust, the biggest crime against humanity. These views are pushed to the margins. They insult Greece. They insult our culture. They insult our very society of which the Greek Jewish Community is an inseparable part.

“Every one should know that the Greek polity and our society condemn them unequivocally,” the statement concluded.

Metropolite Seraphim also said during the interview that there is a conspiracy to enslave Greece and Christian Orthodoxy, and he accused international Zionism of trying to destroy the family unit by promoting one-parent families and same-sex marriages.

The bishop said that “Adolf Hitler was an instrument of world Zionism and was financed from the renowned Rothschild family with the sole purpose of convincing the Jews to leave the shores of Europe and go to Israel to establish the new Empire.” He added that Jewish bankers like “Rockefeller, Rothschild and Soros control the international banking system that controls globalization.”

The American Jewish Committee on Wednesday called on the heads of the Greek Orthodox Church to condemn the Metropolite’s statements.

“Seraphim’s horrendous lies on Greek TV demonstrate that anti-Semitism is alive and well within the Greek Orthodox Church,” said Rabbi David Rosen, AJC’s international director of interreligious affairs, in a letter to the head of the Greek Orthodox Church in Greece, Archbishop Ieronymos II, as well as Ecumenical Patriarch Bartholomew. “It is the responsibility of the church leadership to condemn and uproot anti-Semitism.”

The European Jewish Congress called for the priest’s removal.

“It is completely unacceptable that someone senior in a mainstream European religious denomination can make such repulsive and hate-filled claims,” said EJC President Dr. Moshe Kantor in a statement. “That they were said so openly on national television demonstrates that there are those who feel no shame expressing these views in front of a wide audience.

“We call on the Greek government to implement its laws against such hate speech and the leaders of the Greek Orthodox Church to immediately remove this person from his position.”