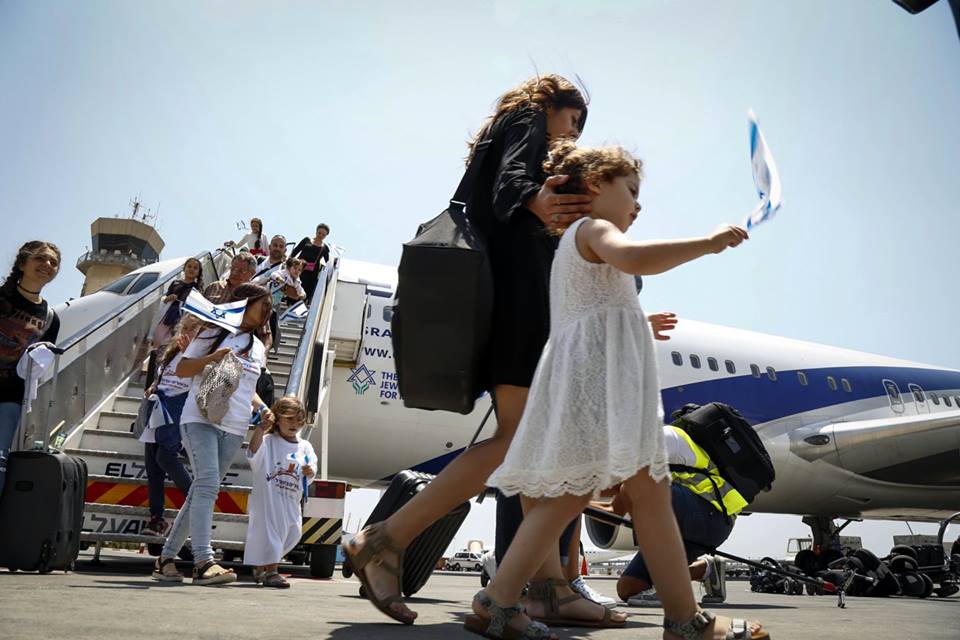 According to figures released by the Jewish Agency and published this past week on the FightHatred.com website, in 2010 there was an increase of 63 percent in the number of Belgian Jews who made aliyah to Israel. Two hundred and fifty Belgian Jews chose to make Israel their home in 2010, compared to 152 in 2009.

The report cites increasingly open anti-Semitism in recent years and the rise of violent attacks against members of the community, especially its highly-visible hareidi religious members, as causes for the sharp rise in the numbers of individuals making aliyah.

There are 40,000 Jews in Belgium today, about half of whom are members of the Jewish community of Antwerp, which is famous for its involvement in making the city a leading global center of the diamond trade, but at the same time has increasingly been under threat in recent years.

FightHatred.com brought figures published by Belgian organization, The Centre for Equal Opportunities and Opposition to Racism, which issued in 2009 a report indicating a surge in anti-Semitism in the country. Between 2004 and 2008, the Centre recorded some 60 anti-Semitic incidents each year. The same number of incidents was recorded in the first four months of 2009 alone.

Anti-Semitic incidents have been on the rise not just in Belgium, but throughout Europe. In fact, just six months ago, European Jewish Congress President Moshe Kantor said that European Jewry is in its worst condition since the end of World War II.

“Jews are afraid to walk the streets in Europe with Jewish symbols,” Kantor said. “Synagogues, Jewish schools and kindergartens require barbed-wire fences and security, and Jewish men, women and children are beaten up in broad daylight.”

A main target of anti-Semitic attacks has been the synagogue in the Swedish city of Malmo. Last year, it was struck twice within two weeks, both attacks being in the form of a bomb striking the synagogue. Luckily, there were no injuries either time.

Anti-Semitic remarks in Belgium are not restricted just to the masses. The leadership has also been known to make such remarks, one example being that of Karel de Gucht, the country’s former Foreign Minister and currently the European Commissioner for Trade. De Gucht was number six on the Simon Wiesenthal Center’s 2010 list for the top anti-Semitic slurs, due to the following remarks he made in September: “…Don’t underestimate the power of the Jewish Lobby on Capitol Hill. … You shouldn’t underestimate the grip it has on American politics, no matter whether it’s Republicans or Democrats.”