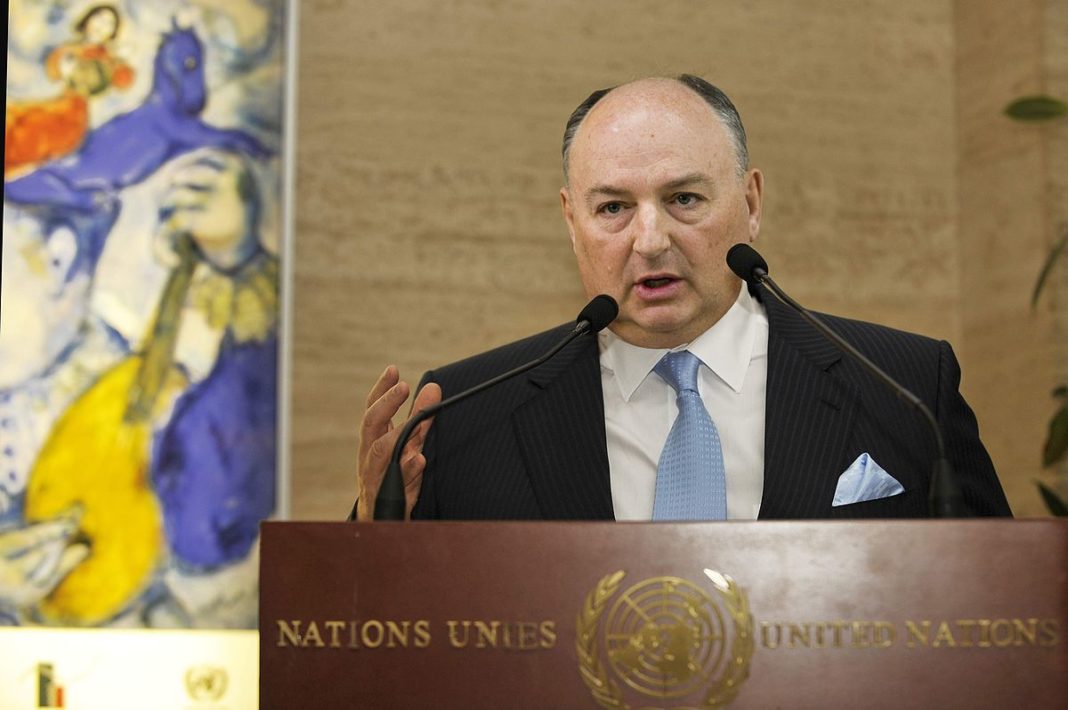 Mr Kantor and other Jewish leaders met today with right-populist Hungarian Prime Minister Viktor Orban, who now holds the rotating presidency of the Council of the European Union, to discuss problems with the antisemitic far-right Jobbik party and to urge him to overturn his controversial new media law, which subjects news reporting to a litmus test. Mr Orban has come in for severe criticism over the law, which critics consider anti-democratic.

“To some developments we should show zero tolerance in Europe,” said Mr Kantor, who was joined in the press conference by Israeli Minister of Public Diplomacy and Diaspora Affairs Yuli Edelstein.

According to a press release following the private meeting with Mr Orban, Mr Kantor described the meeting as positive. He reported that Mr Orban agreed that some verbal attacks on Israel are comparable to classic antisemitism, and that both are unacceptable. He expressed opposition to what Mr Kantor described as a campaign assaulting Israel’s legitimacy.

The EU parliament and its president, Jerzy Buzek, former prime minister of Poland, hosted tonight’s Holocaust memorial ceremony organised by the EJC, marking the 66th anniversary of the liberation of the Auschwitz-Birkenau concentration camp by Red Army soldiers on January 27 1945.

Several survivors, and the son of a rescuer, were among those who lit candles in honor of the six million Jews murdered in the Holocaust.

World Jewish Congress (WJC) President Ronald Lauder said that his family’s visit to the Auschwitz camp memorial in Poland more than 20 years ago changed all of their lives.

“I saw the ruins, and the human hair and shoes. Everything was deteriorating,” he said. “And I realized that someday there would not only be no more survivors, but also nothing remaining” as proof of history.