The Arab World And The Boundaries Of Tolerance. If Tomorrow Is To Be A Better Day For The Middle East, Societal Tolerance Has To Be Adopted And Nurtured, Writes Moshe Kantor 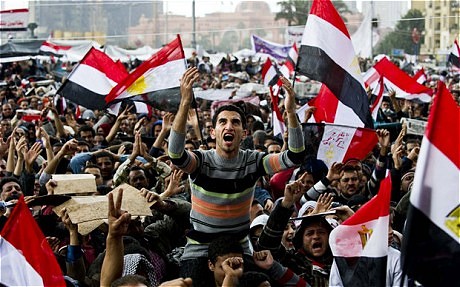 The recent protests in parts of the Arab world are hopefully the birth pangs of democracy in a region desperately in need of greater freedom. The talk is of rewriting constitutions and open elections. However, we must move beyond the formalities. For real freedom and democracy to endure there are certain attitudes that need nurturing on a societal basis, and perhaps none is more important than tolerance.

For example in Egypt, we should not forget that the demonstrations followed the New Year’s Eve bombing of a church in Alexandria when 23 Coptic Christians were brutally murdered. As in Europe there are many fractures and disparate groups in Arab society. Therefore, before all else, if tomorrow is to be a better day for the Middle East, societal tolerance has to be adopted and nurtured.

Tolerance is no easy thing to master in this world. We must allow for nonconforming and contrasting views and attitudes. But tolerance is easily misunderstood because it too has its boundaries and the perhaps the most important is that we must never become tolerant towards the intolerant. As Zechariah Chafee, the great American jurist once said: “The right to swing my fist ends where the other man’s nose begins.”

There should be no limitations on people’s right to speak, think or act in any way, unless of course, those rights impinge on the rights and safety of others. Too often society allows room for hate, a hearing for xenophobia and a podium for intolerance. This is the diametric opposite of tolerance.

Tolerance is a hallmark of all enlightened societies, but for it to serve society rather than the other way round it must be truly understood rather than applied as a mere epithet lazily when any action requires redemption.

Repression and abuse should be condemned regardless of the society or culture. The acceptance of such acts shames all societies and represents a heightened form of intolerance.

Tolerance needs universal standards or else it loses its robust meaning. Almost 80 years ago, the Nazi party rose to power in Germany and within a short period of time enacted the infamous Nuremburg Laws, proscribing civil liberties for German Jews, and engaged in a frenzied military rearmament.

The reaction from parts of Europe to these acts was muted. Many writers attempted to rationalise these steps as the actions of a people with different values or inalienable character traits. The Times, on 25th November 1937 wrote “war-like as some of the aspects of Nazi Germany may be, they answer to the needs and character of the people.”

Seemingly, some felt that Germany could not be held responsible for its aggressive militarism as this was simply an expression of its culture and national character. Germany was, according to these analysts, simply acting in accordance with the dictates of its own culture, a culture whose value system could not be challenged; just as extreme Islamist values that run contrary to the principles of liberal democracy and freedom cannot be condemned.

Therefore, extreme Islamist acts like the imposition of religious law, issuing fatwa’s against infidels and carrying out honour killings, will be rationalised in a similar context. As in the 1930s, perhaps society lacks the confidence in its principles of tolerance, refraining from criticising or attacking extremist movements and allowing them to prosper.

The excesses of history demand of us as Europeans to learn these lessons from history and assist those undergoing a new dawn of democracy, especially the lessons of the need for tolerance and security and the balance between these two essential elements.

The European leadership should place an emphasis on democratic norms as a barrier to hatred, xenophobia and anti-Semitism, in these nations as well as at home. We must also recognize that at the base of all democratic societies is freedom and security.

European leaders need to show moral clarity and decisive leadership. To force the formalities of democracy rather than a culture of tolerance with checks and balances will result in sham democracies like in Iran, Afghanistan and the Palestinian Authority.

It is in the European interest to nurture tolerance as a precursor for stability and security, which is what all those who wish the future Egypt and Tunisia well would like to see. The correlation of tolerance and security needs redefinition. It requires further elaboration, and conclusions must be drawn that will have very real repercussions for all of our societies.

Like a medicine, tolerance can heal if administered in small quantities but can cause harm with an overdose. It is vital that these nations undergoing societal change discover the correct dosage and identify the boundaries of tolerance.

Source: The Daily Telegraph
15.02.2011
Author: Moshe Kantor
The President of the European Jewish Congress and Co-Chairman of the European Council on Tolerance and Reconciliation