Launch Of A European Jewish Parliament, The ‘Voice Of The Jews In Europe’ 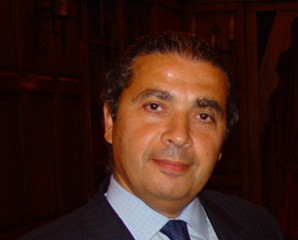 The launch of a European Jewish Parliament which ambitions to become the “influent voice of the Jewish community” in Europe and elsewhere was announced Monday in Paris in the framework of a conference of the European Council of Jewish Communities (ECJC), an organization dedicated to Jewish education, culture and identity.

Delegates from more than 30 European countries, as well as Israel and the US, present at the ECJC’s European Jewish Education and Youth General Assembly in the Euro Disney resort near Paris called the launching of the Jewish parliament an “historic moment.”

“We need today a new body, a new voice, a new concept that will attract the younger generation and will be will be a bridge between Jews in Europe and Israel,” said Pierre Besnainou, a French Jewish leader who initiated the idea two years ago with Israeli President Shimon Peres.

“We must make tabula rasa of the past,” Besnainou, who heads the Unified Jewish Social Fund (FSJU), stressed. The Jewish community of France is the largest in Western Europe and the third in the world after Israel and the US.

He pointed out that existing Jewish organizations in Europe, the Conference of European Rabbis, the European Jewish Congress and ECJC are dealing with religion, politics, fight against anti-Semitism, education and culture. “But today you can’t anymore separate these issues.” “We need a unique representation because a Jewish voice in Europe in all its diversity is fundamantal for the future of our people,” he said.

A steering committee will be established that will work within the next two months on the implementation of the creation of this parliament, define its agenda and its budget.

The future parliament is likely to be composed of 120 members, like the Israeli Knesset or parliament.

Whether the members will be chosen or elected will be up to the Jewish communities in each country, said Vadim Rabinovitch, the Ukrainian Vice-President of the European Council of Jewish Communities.

The number of representatives from each country would be based on the weight of each community.

“This Jewish representation will have the opportunity to talk with other parliaments in Europe with the same language,” he said.

Jewish communities and individuals from across Europe will be invited to give their ideas on how to proceed through the ECJC’s Internet portal.

Two members of the Knesset were present at Monday’s launch of the European Jewish Parliament, Fania Kirshenbaum and Anastassia Michaeli, both from the Israel Beitenu party.