Netanyahu Invited To European Conference To Discuss Delegitimization Of Israel 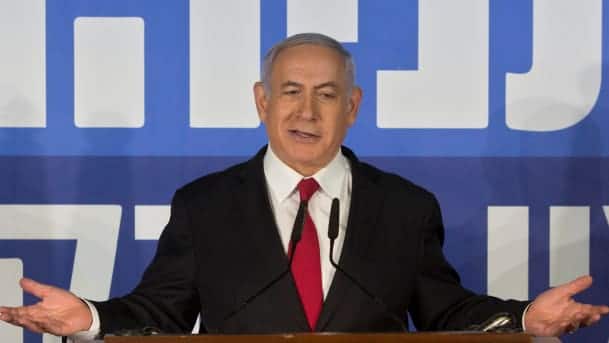 During a meeting in Jerusalem, European Jewish Congress President Moshe Kantor invited Israel’s Prime Minister Binyamin Netanyahu to a European conference of heads of state to discuss the assault on Israel’s legitimacy.

The conference will take place in the coming months. Netanyahu confirmed his participation, the EJC said.

“This conference will be a vital step in the battle against the ongoing assault on Israel’s legitimacy” Kantor said. “This will be a top level meeting where we can make real headway to meeting this challenge in Europe which appears to be the beachhead of the delegitimization campaign.”

According to the EJC, Kantor is expected to call for the adoption of “clear boundaries” to criticism of Israel, modeled on the working definition of anti-Semitism produced in 2005 by the European Union Monitoring Centre on Racism and Xenophobia (EUMC), an EU body which monitors racism and anti-Semitism in EU Member States.

This document provides examples of the ways in which anti-Semitism manifests itself with regard to the State of Israel.

“There is an imperative to end the impunity of those who cloak their hatred as criticism of Israel, while defining the boundaries of acceptable criticism as there is for any other nation,” Kantor said.

“Anti-Israel attitudes appear to be the only hatred that remains acceptable, even amongst officials and respected figures. This has to be dealt with like any other hatred or intolerance.”

Kantor continued: “No other nation faces calls for its destruction or dismantlement, justifies the killing of its citizens or faces a boycott, divestment and sanctions campaign. These people clearly single out the only Jewish State in the world and this is intolerable.”

The EJC President and Netanyahu also discussed several other issues of mutual interest, including anti-Semitism and Iran. They agreed to closer coordination on issues concerning Israel and European Jewry.