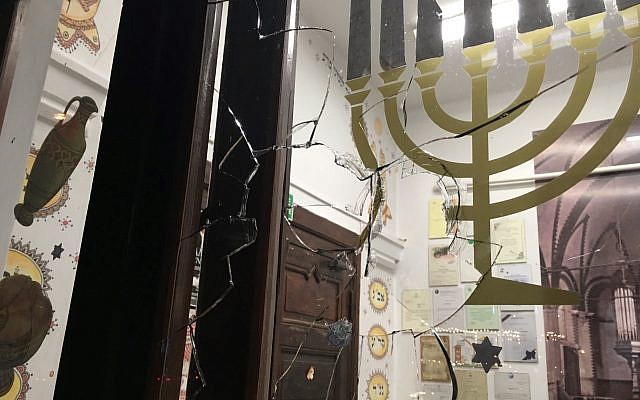 European Jewish Congress (EJC) President Moshe Kantor said that one of the worrying growths in 2010 had been that of anti-Semitic comments made by prominent officials in Europe. Kantor was speaking on Sunday at the release of the new annual survey by the Stephen Roth Institute for the Study of Contemporary Anti-Semitism and Racism and the Kantor Center for the Study of Contemporary European Jewry at Tel Aviv University. The report notes that while the number of anti-Semitic incidents in 2010 was lower than in the previous year, much of this had to do with Israel’s Operation Cast Lead against Hamas in the Gaza Strip in 2008 and 2009. In 2009, 1,129 incidents of anti-Semitism were documented world-wide, a record high. In 2010, that number fell to 614. Despite that decline , the 2010 figure is still the third highest since 1990.

Roughly 60 per cent of the acts noted in the survey occurred in Britain, France or Canada. In Latin America, incidents of anti-Semitism, while amounting to a smaller percentage, have been increasing quickly, with Chile topping the list of locations in which Jewish buildings and organizations were vandalized.

Kantor (pictured above with Stephen Roth Institute Director Dina Porat) pointed to the rise of what he called “respectable anti-Semitism.” He said: “This form of anti-Semitism is made by prominent and respectable officials whose words are heard by millions on TV screens and the radio, in newspapers and books and on the internet.” He gave several examples of this form of anti-Semitism, including German Bundesbank board member Thilo Sarrazin in his book on immigration issues, Karel De Gucht, the European Commissioner for trade, in an interview with a local radio station, Monsignor Cyril Salim Bustros, Greek Melkite Archbishop at a Vatican press conference, and Metropolitan Seraphim of Piraeus, a Greek Orthodox Church leader, on Greek television. “Each one of these incidents was not just problematic in its own right, they each evoked terrible anti-Semitic accusations that many thought were left behind by a new Europe,” Kantor said.

“That such prominent figures can evoke such anti-Semitic canards is extremely disturbing and worrying. Whereas many anti-Semites are seen as extremists who have little following and remain at the margins of society, these ‘respectable anti-Semites’ have power and their message resonates amongst millions.”

“While freedom of speech is a cornerstone of any democracy, before even this right is surely the right to life and security and hate speech endangers both. Tolerance is also important, but there needs to be a form of ‘limited tolerance’, which takes into account the demands of security.” He called for a more robust definition of anti-Semitism and implementation to protect the Jews of Europe from racial hatred. “All levels of society need to be accountable for their words and their actions. Jews cannot possibly feel safe on a continent whose prominent figures can say such things;” he continued.

“If the Jews of Europe can’t receive protection or respite from mainstream officials, then we are entering a very dark period,” the EJC president added.