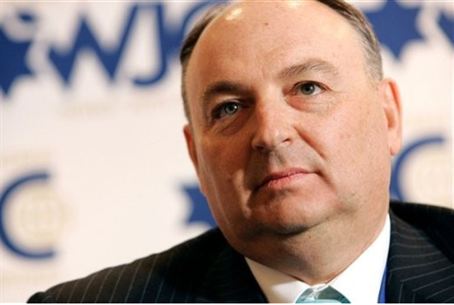 The new law, which requires animals be stunned before they are killed, runs counter to Jewish law, effectively banning Jewish slaughter in the country. The law must now be ratified by the Dutch Senate before taking effect.

In response, Kantor said his organization is considering pursuing legal action to prevent the ban.

“This law stands in direct opposition to Article 9 of the European Convention on Human Rights, namely — the right to freedom of religion. We are now looking into the possibility of fighting this discriminatory law at the European level before it reaches the Dutch Senate for a vote to make it law,” Kantor said.

“We can not let such a blatantly discriminatory law stand without fighting it, especially as it stands contrary to European standards and freedoms,” he added.

Kantor says the passage of the law was a real shock for the Jewish community in Europe.

“This is a dark day for the Jewish community. This could serve as a terrible precedent for other parts of Europe and tells the Jews that they and their customs are no longer welcome,” Kantor said.

Kantor was not alone in expressing the dismay of Dutch Jewry over the law. Greater Netherlands Chief Rabbi Binyomin Jacobs said many Jews have called to ask what the future holds for them in light of such a law passing.

“Old people are scared, and young people who are just married are calling me to ask if they should stay here. Today it is shechita and tomorrow, what? Circumcision? People are afraid,” Rabbi Jacobs told the Reuters news agency.

“This is very painful,” Rabbi Jacobs noted. “Those who survived the [Second World] War remember the very first law made by the Germans in Holland was the banning of shechita, or the Jewish way of slaughtering animals.”

Echoing Jacobs’ sentiments, the EJC noted the Jewish community in Holland has its roots in medieval Jews who fled persecution and discrimination to a land acclaimed for its freedom of religion and expression.

“Unfortunately, this is the result of a campaign that only discriminates against ritual slaughter while ignoring all other types of slaughter – and that does not bode well for Dutch tolerance and freedom,” Kantor said.

The Dutch ban included a clause saying ritual slaughter by Jews and Muslim would be permitted if it could be proven they cause less pain to the animal than stunning – the mode advocated by animal rights activists – does, but rabbinic leaders rejected the clause as being ‘ridiculous.’

“This is absolutely impossible to prove. You can’t ask the animal how it feels afterwards,” Rabbi Jacobs said.

The European Union previously decided to postponed its debate on Jewish slaughter by two years.