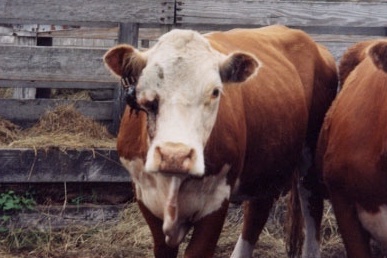 Two leading Jewish organizations in Europe vowed on Wednesday to fight a looming ban on ritual animal slaughter in the Netherlands approved by the lower house of the Dutch parliament in a bid to protect animal rights.

The European Jewish Congress (EJC) announced it was considering taking legal action to block the ban, which it said violated the freedom of religion enshrined in the European Convention of Human Rights.

The Conference of European Rabbis (CER) appealed to the Dutch Senate, which must approve the bill before it can become law, to block the ban that the lower house approved on Tuesday.

The bill by the small Animal Rights Party united both Jews and Muslims in protest because it would ban kosher and halal slaughter, which requires animals be conscious when killed.

European Union regulations say animals must be stunned before slaughter to minimize pain, but allow exceptions for the ancient religious traditions behind kosher and halal laws.

“This law stands in direct opposition to Article 9 of the European Convention of Human Rights, namely the right to freedom of religion,” EJC President Moshe Kantor said in a statement.

“We are now looking into the possibility of fighting this discriminatory law at the European level before it reaches the Dutch Senate for a vote to make it law.”

CER President Rabbi Pinchas Goldschmidt vowed to lobby against the bill, saying: “We will not rest until this discriminatory, intolerant and hateful bill is thrown out. We call upon the members of the Dutch Senate to use their constitutional powers to restore the dignity of their country.”

Senate officials said the upper house would probably not vote on the bill until October, after its summer break and debate over the national budget.

Animal Rights Party leader Marianne Thieme said she would also lobby Senate members. “I’m completely confident that I can remove any concerns that still exist,” she told the daily De Telegraaf. “This is absolutely not a religious issue.”

Dutch Jewish and Muslim leaders protested on Tuesday after the bill was passed by a wide margin of 116 votes to 30. The bill allows exceptions if religious leaders can prove that ritual slaughter is no more painful to animals than stunning.

But it was not clear how this could be proven, meaning it was unsure whether kosher and halal butchers could continue working in the Netherlands or not if the bill becomes law.

Goldschmidt challenged the scientific study that supporters of a ban cited to show ritual slaughter was excessively painful.

“On the basis of flawed and agenda-based science and merely to appease an ill-informed Animal Welfare Lobby, the Netherlands has thrown away centuries of liberalism, human rights, welcome and tolerance for Jews,” he said.

“We have passed the stage of arguing the nuances of intention of anti-Semitism,” he said. “The practical effects of this bill mean that Jews are no longer welcome in the Netherlands. This has not happened for 70 years.”

There are about 40,000 Jews and one million Muslims in a total Dutch population of 16 million.