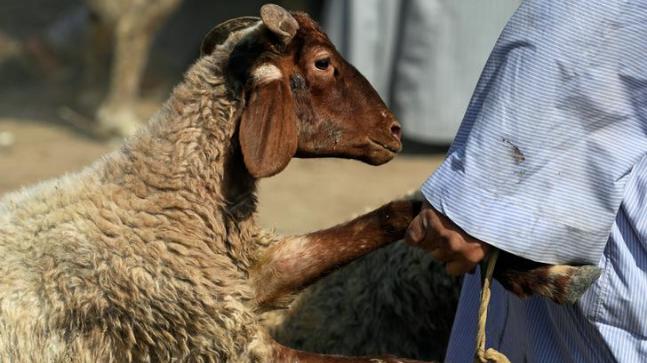 A vote by the Dutch Parliament’s lower house to make it compulsory for animals to be stunned before slaughter has been condemned by Jewish leaders, with the Chief Rabbi saying the decision represents “a dark day in the country’s history”.

The vote moves the country a step nearer to effectively outlawing Jewish and Muslim religious methods of slaughter, with the upper chamber set to decide whether the bill becomes law later this year. Community leaders maintain that shechita is humane.

Chief Rabbi Lord Sacks, who travelled to Holland two weeks ago to present the case for shechita, said: “This is a bad decision and a dark day in Dutch history. The vote follows a mischievous campaign by the animal rights lobby, based on emotive images and questionable science. By becoming the first member of the EU since its foundation to ban shechita, Holland, which once led Europe in promoting religious liberty, now leads Europe in abandoning it.”

Lord Sacks, who has warned shechita could soon come under threat in Britain if the Dutch proposal was enacted, added: “I urge parliamentarians to think again before allowing this ill-conceived proposal to become law.”

Daniel Ritsma, a board member of The Organisation of Jewish Communities in the Netherlands, said the community was “saddened and disappointed” by the adoption of the bill, which passed by 116 votes to 30. “Religious communities in the Netherlands view this bill as a watershed event in a trend to limit the constitutional right on freedom of religion. Much of Dutch Jewry is nervous about what’s next.”

Under the bill that passed on Tuesday, religious communities could make an application for an exemption which would have to be backed up by independent evidence.

But the European Jewish Congress is now considering legal action. President Moshe Kantor said: “This law stands in direct opposition to Article 9 of the European Convention on Human Rights, namely the right to freedom of religion.

“We are now looking into the possibility of fighting this discriminatory law at the European level before it reaches the Dutch Senate. We can not let such a blatantly discriminatory law stand without fighting it, especially as it is contrary to European standards and freedoms.”

Henry Grunwald, chairman of Shechita UK, said: “It is a sad day for religious freedom in Europe when legislation is passed based on flawed, unsubstantiated science, merely to appease an ill-informed animal welfare lobby.

“The suggestion that shechita is anything but a humane method of slaughtering animals for food is offensive and unsound. We will continue to offer our support to the Jewish community of the Netherlands in the hope that common sense will prevail as this Bill moves closer to becoming law. Make no mistake, the work of Shechita UK becomes more urgent and vital by the day.”