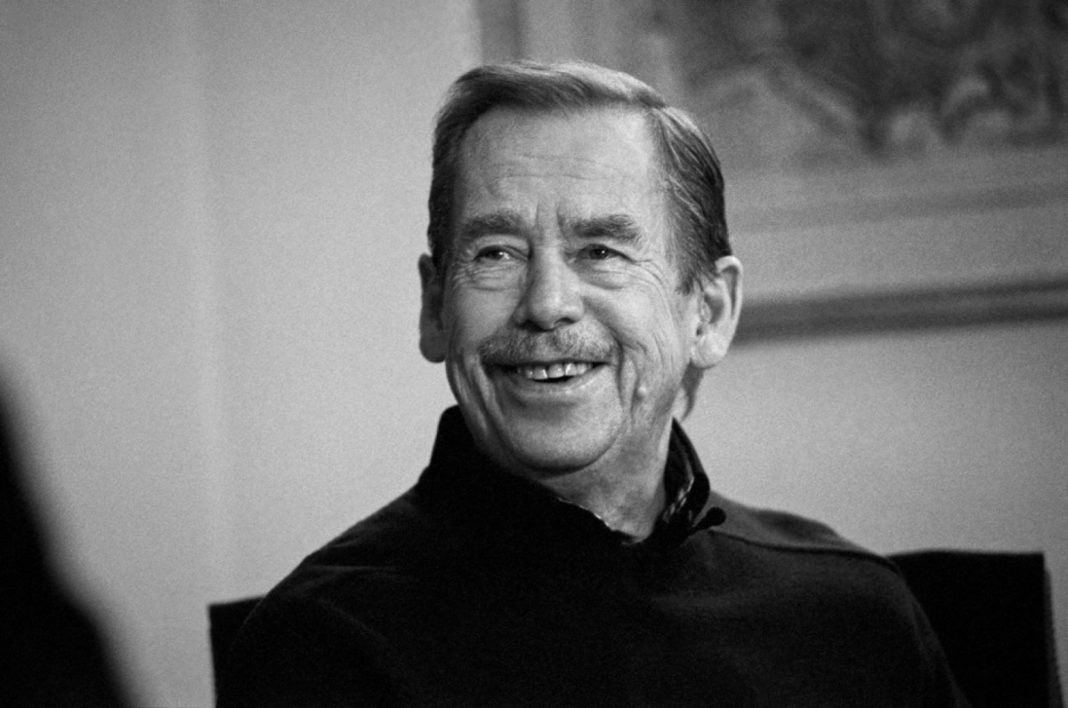 Vaclav Havel, a dissident playwright who was jailed by communists and then went on to lead the bloodless “Velvet Revolution” and become Czech president, died at 75 on Sunday.

The diminutive playwright, who once took Bill Clinton to a Prague jazz club and was also a friend of Mick Jagger, rose to fame by facing down Prague’s communist regime when he demanded it respect at least its own human rights pledges.

Just half-a-year after completing his last jail sentence, he led the peaceful uprising in 1989 that ended Soviet-backed rule in Prague, and emerged in charge at the medieval Prague Castle.

He was also, as Prime Minister Binyamin Netanyahu wrote on Sunday to Czech Ambassador Thomas Pojar, a “true friend” of Israel who in recent years joined with other international leaders to defend the Jewish state against de-legitimization.

Ya’acov Levy, Israel’s envoy to Prague, said Havel joined The Friends of Israel, a group made up of various former world leaders defending Israel, and was supposed to take part in a meeting of the group last May that had to be postponed because of his illness.

Levy, in a phone conversation from Prague, characterized Havel as “a great friend of Israel and the Jewish people.”

He said Havel was close to the small Czech Jewish community, and had a “very warm” feeling for Judaism.

Moshe Kantor, president of the European Jewish Congress, praised Havel for doing much during his two terms as state president to “confront anti- Semitism and teach the lessons of the dark chapter of the Holocaust.”

One of Havel’s first acts after taking over as president in 1989 was to reverse the policy of the Czechoslovakian communist government and reestablish diplomatic relations with Israel. He first visited Jerusalem as president in 1991, and since then made numerous visits, including private ones to Eilat.

The Czech Republic is one of Israel’s closest friends in Europe, something Levy attributed to historical memory, Jewish cultural and rabbinical presence in the country for centuries, and Czech support for Israel in 1947 and 1948.

“Havel’s friendship was an important chapter in this relationship,” Levy said.

He said that despite his illness, Havel met recently with prominent Israelis visiting Prague, such as various ministers, writer Amos Oz and President Shimon Peres.

Peres eulogized Havel on Sunday, saying “there was no one like him.” He termed Havel “a lonely voice of freedom and a voice of unity for the suffering people of the world,” and a “great talent and a golden voice of our generation in support of freedom.”

Havel, a former chain smoker who survived several operations for lung cancer and a burst intestine in the late 1990s that nearly killed him and left him frail, died after a long illness.

Havel was with his wife, Dagmara, and a nun who had been caring for him when he died at his country home, north of Prague.

Swedish Foreign Minister Carl Bildt said on Twitter, “Vaclav Havel was one of the greatest Europeans of our age. His voice for freedom paved the way for a Europe whole and free.”

“We will remember his commitment to freedom and democracy just as much as his great humanity,” she said. “We Germans especially have much to thank him for.”

An emotional Czech Prime Minister Petr Necas told Czech Television that he was extremely moved when told of Havel’s death.

“He was a symbol and the face of our republic, and he is one of the most prominent figures of the politics of the last and the start of this century.

His departure is a huge loss. He still had a lot to say in political and social life.”

Havel’s slogan of “Truth and love will overcome lies and hatred,” was the one Czechs remember from the Velvet Revolution days.

But at home, Havel lost some of his allure in the later years of his presidency.

Much of his presidential term was cast as a struggle for the soul of democratic reforms against right-wing economist Vaclav Klaus, who replaced Havel as president in 2003.

“In the Czech Republic, he was not only a prophet recognized worldwide, but also a concrete politician who made concrete political mistakes,” Havel’s ex-adviser, Jiri Pehe, said.

Following his presidency, Havel returned to writing, and published a play, Leaving, which premiered in 2008 and won rave reviews.

When asked in a magazine interview that year if he wanted to be remembered as a politician or playwright, he said: “I would like it to say that I was a playwright who acted as a citizen, and thanks to that he later spent a part of his life in a political position,” he said.

Born in 1936, the son of a rich building contractor, Havel was denied a good education after the communists seized power in 1948 and stripped the family of its wealth.

On December 3, 1963, his first play, Garden Party, premiered at a Prague theater, lampooning the communist system.

Havel was barred by communist leaders from his job as a writer/editor after the suppression of the Prague Spring reforms of 1968 and he was forced to work as a manual laborer.

He became the first spokesman for the Charter 77 dissident group that strongly criticized communist officials.

Havel was sentenced in 1979 to four-and-a-half years in prison for “subversion” against the state. In 1983, he was released from prison amid immense foreign, diplomatic pressure after falling seriously ill with pneumonia.

Chosen as Czechoslovak president following the 1989 November collapse of the communist regime, he left office in 1992 ahead of the breakup of Czechoslovakia.

On January 26, 1993, he was elected president of the newly emerged and independent Czech Republic.