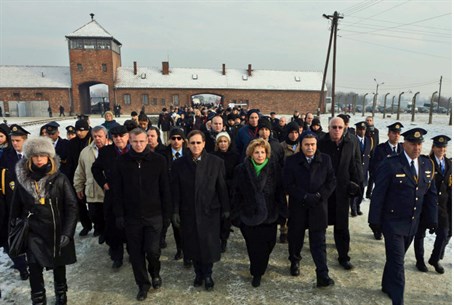 It was the third year both bodies jointly observed the memorial day, which falls on the same day as the liberation of the Nazi extermination camp of Auschwitz, which Dr. Kantor noted was called by Holocaust survivor and writer Yehiel Dinur a “different planet, a planet of the ashes.”

“Today we look to the East, to Iran, and we face again a new regime of evil that abuses its own citizens, that threatens to annihilate a democratic state, the only state of the Jewish people, and that threatens world peace and the very destruction of western civilization. We dare not delude ourselves, imagining that this kingdom of evil is somehow far away, of another planet, or will just fade away; we cannot afford to ever again lose our own planet.”