Holocaust Must Serve As Warning For All Time 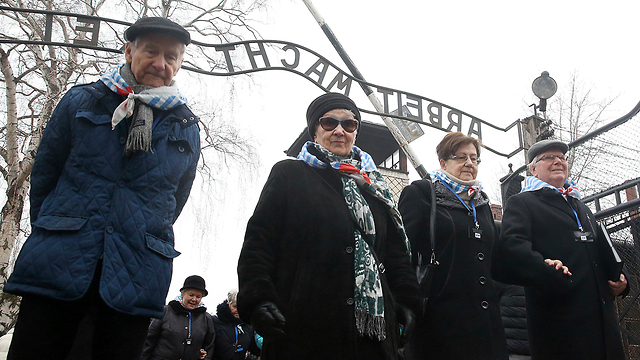 Iran and the current anti-Semitism in Europe were the main subjects at the official International Holocaust Remembrance Day ceremony at the European Parliament in Brussels which launched the remembrance day’s commemoration events.

International Holocaust Remembrance Day is marked on January 27, the day when 67 years ago, the Red army liberated the Auschwitz extermination camp.

Speaking at the event, EU Parliament President Martin Schulz said “The German people of today are not guilty (for the Holocaust), but responsible for keeping the memory alive.

“For me, this means that whoever is representing the German nation has one important duty: to take into account our responsibility for the Jews in the world…The Holocaust must always be fresh in our minds and souls, in the conscience of humanity, and should serve as an incontrovertible warning for all time.”

Meanwhile, European Jewish Congress (EJC) President Moshe Kantor called on Europe “to recognize evil and prevent its re-emergence.” He added “If we don’t remember it, and don’t study it, and don’t learn about it, we cannot learn from it; we can never be confident we can recognize it and stop its emergence in time.

Earlier, at joint press conference with Minister for Public Diplomacy and Diaspora, Yuli Edelstein, Kantor applauded Monday’s EU decision to impose an oil embargo on Iran, calling it an “historic move.” He then noted that “we are witnessing a rise in anti-Semitism” in Europe.

Edelstein mentioned that 70 years ago desperate calls to bomb the extermination camps and the railroad lines leading to them were repeatedly rejected; he compared that scenario to the Israeli warning against Iran’s nuclear aspirations. “As a representative of the Israeli government and the jewish nation, when we say ‘Never Again’ – we mean it.”

During the ceremony, European Jewish Congress (EJC) President Moshe Kantor was awarded the French order Legion of Honor. Kantor urged the European Union to pursue more sanctions against Iran and called for a complete boycott on the Iranian economy.