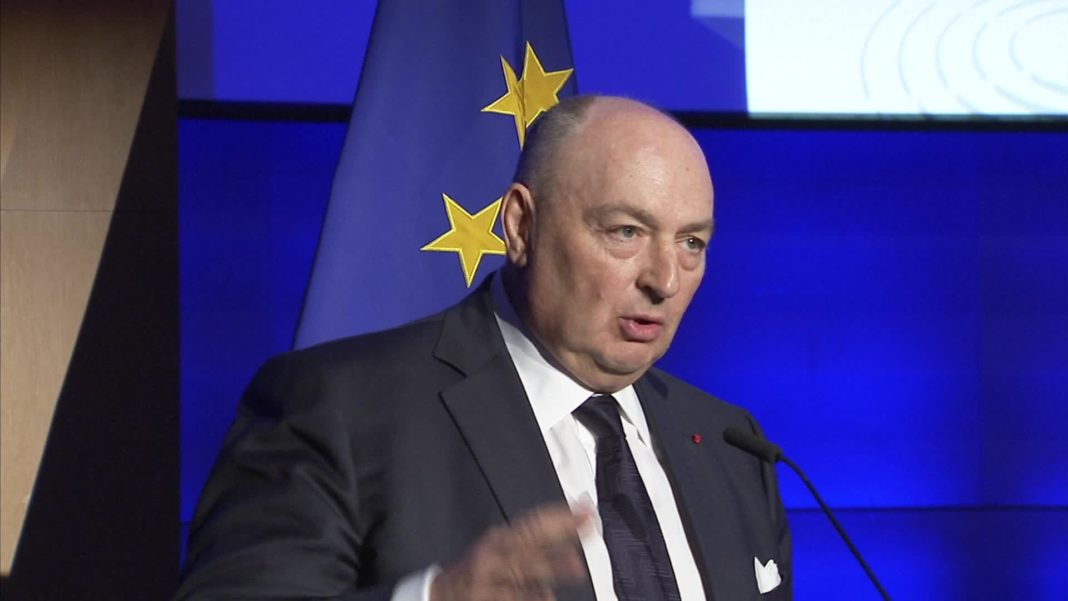 In 1961, Swedish filmmaker Erwin Leise coined the phrase “Never again!” in his documentary “Mein Kampf.” Over the years this slogan has been repeated many times. However, to return to its true meaning, the term has to lose its solely commemorative application and become an active part of the global psyche to understand and face evil.

International Holocaust Remembrance Day, observed last week, is fixed on the day of the liberation of Auschwitz, the notorious Nazi extermination camp. This was a place so dreadful, so far beyond our earthly descriptions of horror, that it was described by Holocaust survivor and writer Yehiel Dinur as a “different planet,” which he called the “planet of the ashes.” It was the planet of evil.

We have learned only too well how that “different planet” exists here, among us. And if we don’t remember the evil reality, and don’t study it, we cannot learn from it. We can never be confident we can recognize it and stop its emergence and destruction in time.

We need to learn and study evil as a discipline, as we would science, engineering or any other subject. Our civilization depends on the ability to recognize evil, not at commemoration ceremonies years or decades after it has wrought its destruction, but while it is in its infancy and the ominous signs are growing.

Last month we also commemorated the 70th anniversary of the Wannsee Conference, a meeting of senior Nazi officials that took place in a suburb of Berlin. To anybody witnessing this conference, a gathering of public officials, it would have looked like any other administrative meeting. There were papers and folders, heated discussions and projected figures, much like any meeting that would take place around the world. However, the projected figures that were discussed at this meeting were not mundane economic statistics, but the number of Jews who had been officially targeted for murder.

It was here that the “final solution of the Jewish question” would be decided. The man taking the minutes during the meeting and the collator of the official Nazi figures of Jews in Europe was SS Officer Adolf Eichmann. Just over 20 years later, Eichmann would be sentenced to death for, among other charges, crimes against humanity, by a Jerusalem district court.

Eichmann, like the Wannsee Conference, was a testament to what Hannah Arendt described as the “banality of evil.” This mere technocrat was one of the greatest examples of the unthinkable having become normalized-to exterminate millions of innocent people. The Nazis’ chosen instrument of execution was a pen. The machine guns of the Einsatzgruppen and the Zyklon B of the gas chambers physically ended the lives of entire communities. But it was the pen, in the hands of Eichmann and many others, that sent them to their deaths.

Some years ago, I had the privilege of meeting Tzvi Malchin, one of the Mossad agents who caught Eichmann in Argentina and brought him to justice in Jerusalem. Malchin, who died in 2005, showed me the gloves he had worn to avoid touching Eichmann. He told me he did not even want to touch the evil that had sent millions to their deaths.

Nevertheless, we don’t have the privilege of not dealing with evil. Sometimes we don’t even get to wear gloves.

Today, we look to the East, to Iran, and we again face a new regime of evil that abuses its own citizens, threatens to annihilate the democratic state of the Jewish people, and threatens the very destruction of Western civilization.

We see the preparation for mass murder just as the propaganda machine of Joseph Goebbels paved the way for the genocidal industry that became Nazi Germany. Hatred for Jews, Israel and the West currently permeates the Iranian media, the education system and public discourse. The Iranian regime is still able to whip hundreds of thousands of its people into frenzied chants of “Death to Israel,” “Death to America” and “Death to Britain.”

This is the normalization of evil, of the unthinkable. Yet many in the West do not take seriously the genocidal statements of Iranian Supreme Leader Ali Khamenei and President Mahmoud Ahmadinejad. We cannot stand to imagine that hate and evil can be normalized in our time, on our planet.

But we must not delude ourselves. Evil does live among us. “Never again!” means it is our duty to recognize it and root it out before it is allowed to act and destroy.

Mr. Kantor is president of the European Jewish Congress. This piece is adapted from the speech he gave to the European Parliament on International Holocaust Remembrance Day