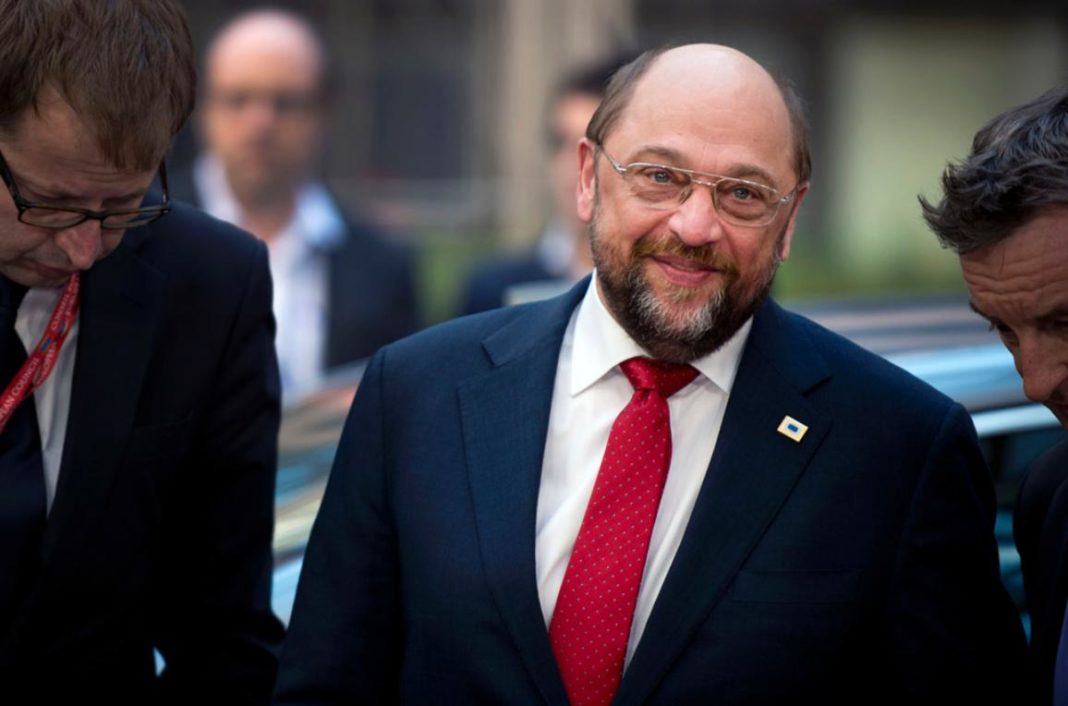 The newly elected president of the European Parliament hosted a commemoration of the International Holocaust Remembrance Day at the parliament in Brussels, Belgium.

President Martin Schulz said during the special session, “As a German, I feel a responsibility for what has happened in my country, even though I was born afterwards. My main duty as a politician is to ensure that ‘never again.'”

This ceremony falls on a year of important anniversaries; it has been 70 years since the Wannsee Conference and 50 since the end of Adolf Eichmann’s trial.

The annual commemoration in the Parliament was first initiated 5 years ago by Rabbi Avi and Nehama Tawil, co-directors of the European Jewish Community Centre (EJCC) and has since become the central ceremony in Europe to remember the Holocaust.

“Whatever happens in the world today regarding anti-Semitism or actions against the existence of the Jewish community or the State of Israel, we are the first who have to defend our Jewish friends.

“The Holocaust must always be fresh in our minds and souls, in the conscience of humanity, and should serve as an incontrovertible warning for all time,” he said.

During the ceremony, European Jewish Congress President Moshe Kantor warned that “we are witnessing a rise in anti-Semitism. The remembrance of the Shoah is a European responsibility towards the future, particularly in a period of time when Europe is facing the most serious and economic and social crisis since the end of World War II.”

“We saw that such crisis in the past led to the rise of Nazism and we have to be extremely vigilant against the rise of extremism, populism and ultra-nationalism, which could once again destroy the spirit and soul of Europe,” said Kantor, a businessman and philanthropist.

The ceremony began with the Jewish memorial prayer of “El Maleh Rahamim.” Holocaust survivor Chana Bar-Yesha told her story, as did Belgian Righteous Among the Nations Andrée Geulen-Herscovici.

Justice Gabriel Bach, the senior prosecutor at the trial of Nazi Lieutenant Colonel Adolf Eichmann, also reflected on his experiences.