Fifty Years After Eichmann: Evil Still Exists On This Planet 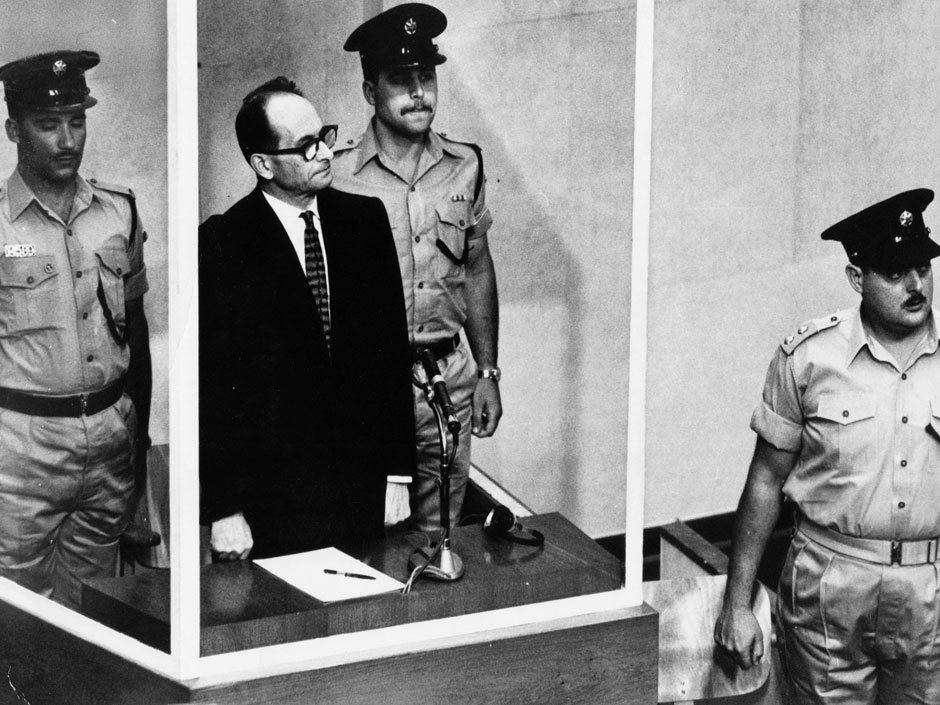 Fifty years after the trial of Adolf Eichmann, we need to remember that, as unimaginable as were the horrors of the Holocaust, they occurred on this Earth and we must not hesitate to recognise new evils in today’s world, says Moshe Kantor, president of the European Jewish Congress.

Moshe Kantor is a Russian businessman and the president of the European Jewish Congress. This commentary was sent to EurActiv as an adaptation of a speech he gave in the European Parliament on Holocaust Remembrance Day.

“International Holocaust Remembrance Day is fixed on the day of the liberation of Auschwitz, the notorious Nazi extermination camp. This is a place so dreadful, so far beyond our earthly descriptions of horror, that it was described by holocaust survivor and writer, Yehiel Dinur, as a ‘different planet’, which he called the ‘planet of the ashes’. It is the planet of evil.

I will never forget my first visit to this horrible place. I was accompanied by a survivor of the camp. The picture was surreal. Birds were flying around us and singing, the place was all green and the sun was shining. I asked the survivor what she was feeling visiting this place.

She told me, ‘I am trying to feel the place, but I cannot. In the Auschwitz I remember there were no birds, as there was no green grass for them to eat, as we ate any kind of grass that had the courage to grow in this deadly place. A place without sun, a place without a soul.’

How natural and understandable it seemed to me now that my father – a Red Army soldier during that war who suffered terrible starvation and bloody battles and saw these camps of death up close as a liberator – never spoke of those memories, and never said a word about them at home.

But thinking about this again, I understand how dangerous it is for humanity as a whole to do so, to downgrade such experiences only to some ‘different planet’. We have learned only too well how that ‘different planet’ is not on a different planet at all, but exists here, on earth.

And if we don’t remember it, and don’t study it, and don’t learn about it, we cannot learn from it; we can never be confident we can recognise it and stop its emergence in time.

We at the European Jewish Congress, the Jewish communities of Europe who are rebuilding beautiful communities all around Europe from the ashes of destruction, took upon ourselves a mission not only to remember and commemorate the Holocaust, but to take practical steps to ensure that this darkest chapter in history would be remembered, its lessons learned, and preventive steps to avoid its repetition would be implemented.

To that end, we joined forces with the European Council of Tolerance and Reconciliation, and together with the European Commission, initiated the establishment of a research and educational center in The European University Institute in Florence dedicated to research human rights and the phenomena of racism, xenophobia and anti-Semitism.

This centre will not be simply an academic centre researching theory, but an active and dynamic centre that will provide legal tools for democratic countries of the EU to protect themselves against such intolerance, and against other such threats that endanger freedom and democratic values in these countries.

This centre will also teach and train opinion leaders and executives of the EU institutions and member governments on topics of tolerance and reconciliation, to ensure these leaders always remember that somewhere exists the different planet, but that we are forever committed to never again give it any place to emerge on the face of the earth. I wish to express our gratitude to President Barosso for giving his patronage and support to this important initiative.

This year, we are also marking the 50th anniversary of the trial of Adolf Eichmann, the architect of the Nazi death machine, who was brought to justice in Israel.

I had the privilege of meeting Mr Tzvi Malchin, shortly before he passed away. Mr Malchin was one of the Mossad agents who caught Eichmann in Argentina and brought him to justice in Jerusalem. Mr Malchin showed me the gloves he had worn, to avoid touching Eichmann, as he told me he did not want even to touch the horrible creature who had sent millions to their deaths.

Sometimes we don’t have the privilege not to deal with evil, sometimes we don’t have even the privilege to wear gloves. Today we look to the east, to Iran, and we face again a new regime of evil that abuses its own citizens, that threatens to annihilate a democratic state, the only state of the Jewish people, and that threatens world peace and the very destruction of Western civilisation.

We dare not delude ourselves, imagining that this kingdom of evil is somehow far away, of another planet, or will just fade away; we cannot afford to ever again lose our own planet. We must act, whether or not we can protect ourselves with gloves.

Especially today, in this special event of memory, I wish to applaud the European Union for its courageous decision to take action, and to lead the world’s effort to stop the Iranian threat. This is an honourable policy promoting this planet’s peace and safety, and consistent with the lessons we contemplate today in solemn remembrance of our past.

Let us all remember the words of Leonardo Da Vinci as he once said: ‘He who does not punish evil commands it to be done.'”