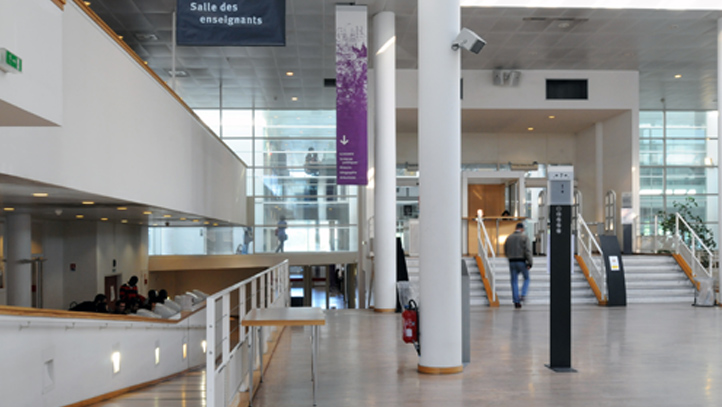 A French university on Monday closed its doors for two days to avoid hosting an event designed to encourage a boycott of Israel.

CRIF, the representative body of French Jewry, called the closure of the University of Paris VIII “a victory in the fight against the boycott campaign.”

CRIF attributed the closure to a recent French court ruling stating that political boycott campaigns do not belong in academia. In contrast, the board of the university – a public institution – cited the need to preserve “public order.”

The controversy leading to the closure revolved around a discussion event titled “New Sociological, Historical and Juridical Approaches to the Call for International Boycott: Israel, an Apartheid State.”

The organizers described the event as a seminar but the university rejected this term, calling would-be participants “protesters.”

The event was planned as part of the eighth annual Israeli Apartheid Week, a series of activities on university campuses, primarily in Europe and North America.

“The list of speakers at the so-called seminar showed this was no academic event but a political gathering to bash Israel,” Pascal Markowicz, president of CRIF’s International Relations Commission, told The Jerusalem Post.

He added that the university’s decision not to host the event was connected to a ruling by the French Council of State. On March 7, 2011, the council ruled that the École Normale Supérieure, a prestigious Paris college, was justified in refusing to host a lecture by an activist – also planned as part of Israeli Apartheid Week – that promoted a boycott of Israel. In its ruling, the council, acting as an administrative court of last resort, said that higher education must be “independent of all political, economic, religious or ideological influence.”

The University of Paris VIII, however, cited only “public order” concerns in banning the event.

Dr. Moshe Kantor, president of the European Jewish Congress, welcomed the university’s decision but said a principled decision would have been preferable.

“We welcome any decision that deprives anti-Israel, and frequently anti-Semitic, organizations of respectable platforms,” he told the Post.

“While there is speculation that the university canceled the event due to legal reasons, it would be far preferable if educational institutions refused to hold this type of events on moral grounds. This event, by its very nature, would have been a veritable hate-fest.”

Joel Rubinfeld, co-chairman of the European Jewish Parliament, a recently founded forum based in Brussels, told the Post that he regarded the event’s cancellation as “a victory to those fighting the boycott campaign.” However, he also said that he “regretted to hear the university clung to technical issues instead of publicly taking the correct and principled stance.”

“Citing ‘public order’ means that the issue of politicized events in academia must be rehashed each and every time anew,” Rubinfeld said.