Lessons Of History Are Not Taught 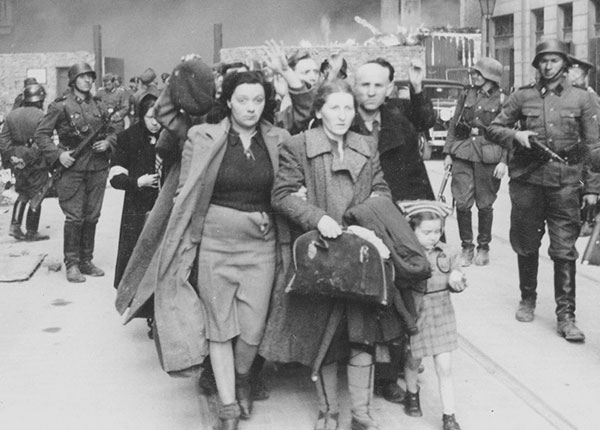 Last Thursday we all had a good laugh at the assertion that the Islamic Republic of Iran “is concerned about human rights violations in Ireland”, particularly “xenophobia and discrimination against Muslims”. Well really, we may not be perfect but we don’t stone adulterers, execute rape victims and repeatedly announce that we aim for “the defeat of [Muslim] ideology and the dissolution of [Iran]” as Ayatollah Ali Khamenei has often said of Judaism and Israel.

We can afford to be a little smug – and rightly so, can’t we? Yet our reaction to the double standards inherent in the statement from Iran pointed up one of our own double-standards, albeit not one that many people will admit to.

Let me explain. Last week’s article on the Israeli/Palestinian conflict by artist Nicky Larkin reminded me of the PLO scarf I owned as a teenager. I loved that scarf so much I think I slept with it. And as I and my peers were in thrall to Yasser Arafat and the struggles of the Palestinians (not that we knew much about either), I was delighted to be accepted as one of the PLO pack.

Being a teenager, independent research on these issues was fairly low on my to-do list. I consumed the views of my peer group with few, if any queries.

Which is just about acceptable when you’re 14, but not so much when you’re 40-something. So since then I’ve had to change my mind on quite a few occasions when the facts as I understood them also changed. One major shift was the realisation that any possible legitimate, Palestinian nationalist aim had been ruthlessly hijacked by groups like Islamic Jihad and the Popular Resistance Committee – both cynically sponsored by human rights-loving Iran. I had to be honest and admit that as a democrat, a liberal and a feminist, I could not support ideologies that would stone me for having sex, and order my brother/father to murder me if I were raped – not to mention what they would do to my gay or Jewish friends.

Even Hamas, less radical than the groups above, says in its charter that it wants the State of Israel eradicated: “Israel will exist and continue to exist until Islam will obliterate it, just as it obliterated others before it.” It also cites the [forged] anti-Semitic Protocols of Zion and calls for the death of all Jews.

Yet in the years since Israel retaliated against the continual terrorist attacks on its people — (you can do your own research as to whether or not you think their reaction was justified but just consider how we’d feel if Britain denied the right of our Republic to exist and kept launching attacks on Irish people) – anti-Zionism and anti-Semitism have increased exponentially. There seem to be many who believe that if Israel would just go away, the Islamists would be content and World Peace a natural consequence (women’s, lesbian/ gay/bisexual/transgender and religious rights be damned – but isn’t it wonderful to see the far Right and Left agree on something?!)

Traditional anti-Semitism in Europe – the historical demonisation of Jews – has been transferred to the demonisation of the State of Israel: a far more socially acceptable prejudice, particularly in Ireland where anti-Israeli sentiment seems to be the default setting for many who really should know better.

As Dubliner Dr Rory Miller, author of Ireland and The Palestinian Question, said of Irish bias against Israel: “One might define it as an unthinking, visceral attachment to Palestinian suffering … many people neither understand the facts nor want to know them.”

And, despite protestations to the contrary, the facts show that this anti-Israeli prejudice translates into run-of-the-mill anti-Semitism. Is it any wonder that Israel – and many Jews worldwide – fear another attempt to exterminate them, not just because of the visceral hatred of them in the Middle East but because of this astonishing rise of anti-Semitism in Europe?

In Ireland CSO figures have shown an increase in offences aimed at the Jewish community and, rather more worrying, a study published last year by Jesuit priest and sociologist Michael MacGreil (based on ESRI statistics) showed that “anti-Semitic sentiment was strongest in the 18-25 age range, with 46 per cent claiming that they would not be willing to accept a Jewish person into their family” (40 per cent in ‘all ages’ category) and 48 per cent would refuse an Israeli citizen.

Fr MacGreil commented: “There is a real danger that the public image of ‘Israeli’ can lead to an increase in anti-Semitism”. These figures would tend to contradict the argument that pro-Palestinianism is anti-Zionism devoid of anti-Semitic elements. And the fact that it’s our young citizens who are most anti-Semitic is perhaps proof that lessons of history are not being taught.

Last December the Organisation for Security and Co-operation in Europe, a UN intergovernmental group, highlighted the “alarming rise in anti-Semitism in European countries in the past three years”. Increasingly there are scenes played out in towns, schools and synagogues that are reminiscent of the worst medieval pogroms. Yet there is little coverage of these crimes or censoring of the perpetrators in case a “liberal” media is accused of bias towards Israel – or antipathy to Islam.

In January, as European institutions joined Jewish organisations in commemorating the Holocaust, Dr Moshe Kantor, President of the European Jewish Congress, warned: “We are witnessing a rise in anti-Semitism … the remembrance of the Shoah is a European responsibility towards the future, particularly … when Europe is facing the most serious economic and social crisis since the end of World War II. We saw that such crisis in the past led to the rise of Nazism and we have to be extremely vigilant against the rise of extremism, populism and ultra-nationalism, which once again could destroy the spirit and soul of Europe.”

Facing up to our own dangerous double standards would be a good start.