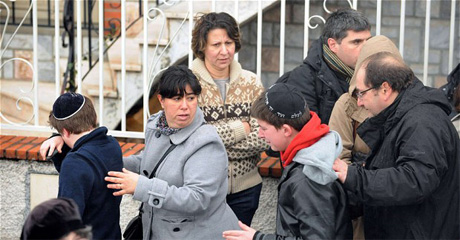 Four people, including three children, were murdered at a Jewish school in southwest France on March 19. A gunman on motorcycle opened fire in front of the school and killed a father, his two sons, and one other child.

The attack happened just before classes started at the Ozar Hatorah school in the city of Toulouse.

The French Interior Ministry said that authorities have stepped up security at all Jewish schools in France.

Law enforcement is investigating the shooting and looking into a possible connection to another shooting: an attack at a bank last Thursday that left two paratroopers dead.

The Trumpet has tracked the trend of growing anti-Semitism in Europe for years. The European Jewish Congress released a statement in 2010 warning of an increase in anti-Semitism on the Continent and said that certain Jewish communities are in “grave danger.” These tragic murders are another sign of increasing anti-Semitism, which the Trumpet believes will get exponentially worse before it gets better.