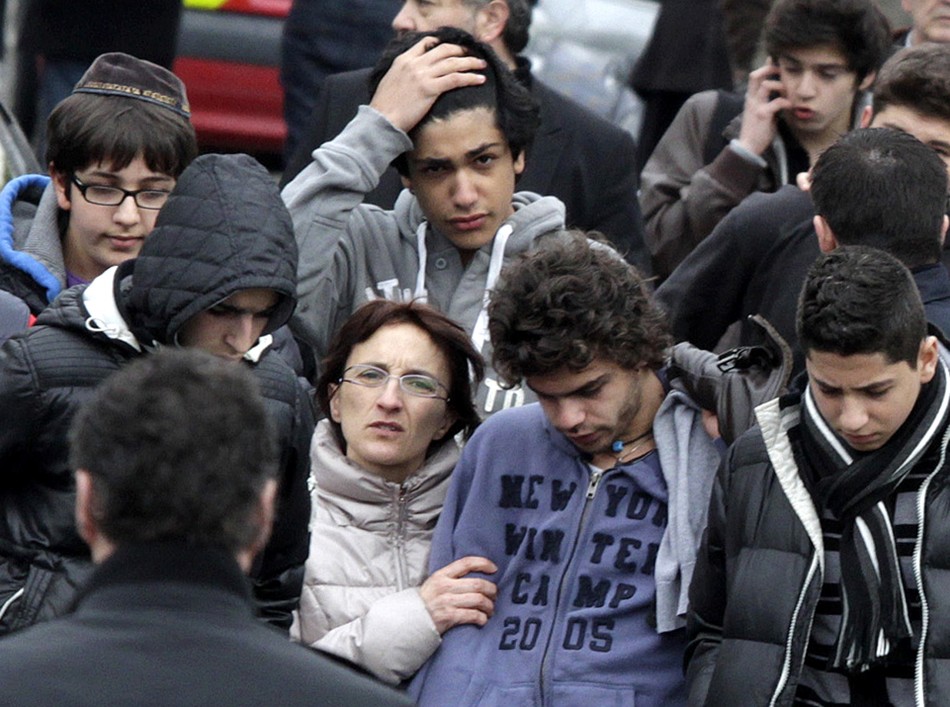 An attack at a Jewish school that killed three children aged between three and ten and one adult has left the Jewish Community in France and abroad deeply shaken.

A religious education teacher aged 30 and his two children aged three and six were gunned down and killed after a man attacked the Ozar Hatorah School in Toulouse, France.

A girl aged between eight and ten also died and a 17-year-old teenage boy was said to be seriously injured.

Witnesses said a man opened fire outside and inside the school, before fleeing on a scooter.

The attack is the latest in a wave of similar incidents to take place in Toulouse, south-west of France, and its nearby surroundings.

Last week three soldiers were killed by a gunman using a similar vehicle in two separate incidents in the same area.

The school shooting has shocked France and members of the Jewish community have expressed their horror at the tragedy which they say was a racist attack.

France’s Grand Rabbi Gilles Bernheim expressed his distress: “I am horrified by what happened this morning in Toulouse in front of the Jewish school,” he told AFP, adding that he would leave immediately for Toulouse.

The head of the Jewish students union of France (UEJF), Jonathan Hayoun, called on the authorities “to reinforce security at Jewish schools and synagogues” and warned that “anti-Semitic and racist speech has created a climate of insecurity for Jews in France”.

Soon after the attack the French government issued an order to police to intensify security in religious institutions, especially in Jewish schools.

Israel’s foreign ministry also told of its shock after receiving news of the attack.

“We are horrified by this attack and we trust the French authorities to shed full light on this tragedy and bring the perpetrators of these murders to justice,” Israeli foreign ministry spokesman Yigal Palmor told AFP.

Israel’s Prime Minister Benjamin Netanyahu expressed his anger and said that while “it is too early to determine what the background of the murderous act was but it is impossible to reject the possibility that this act was driven by violent and murderous anti-Semitism.

“I have yet to hear any condemnation of the heinous murder from the UN, what I heard is that the UN Human Rights Council on this of all days, played host to a Hamas representative,” The prime minister added.

European Jewish groups also spoke of their shock and condemned the violent crime.

“We hope the authorities will spare no resources in apprehending the perpetrator,” he continued

“Whoever did this is looking to target the Jewish community at its weakest point, its youth, in the hopes of spreading fear throughout the community,”

“They will not succeed, the Jews of Europe in general and the Jews of France in particular have a long history of standing firm against hatred and violence,”

“I know as a community French Jewry will send a message of strength and resilience in the face of those who wish to terrorise them” he said before adding : “The greatest defence against race-based murder is not by creating higher walls and more effective security systems, but by teaching and imparting tolerance in the classrooms.”

The Rabbinical Centre of Europe (RCE) also commented on the shooting .

“It is difficult to believe that the main challenge to European Jewry remains anti-Semitism and threats to their lives” the group said.

“This act of barbarity and murder will be met with a Jewish response” RCE deputy director Rabbi Aryeh Goldberg warned in a statement.

“We will bury the dead, look after the injured, and we will demand justice is pursued through the appropriate channels,” “This attack is an attack on the whole Jewish community; we feel the pain of the families who have lost loved ones and as a community we will show our reaction,” Goldberg’s communiqué said

“If there are people who want to scare the Jewish community into submission, our response will be to show them that we will not be bowed, the opposite is true. We will build more schools, synagogues and other Jewish institutions” it added.

The French government has handed the investigation to anti-terror police as the gunman is still on the run.