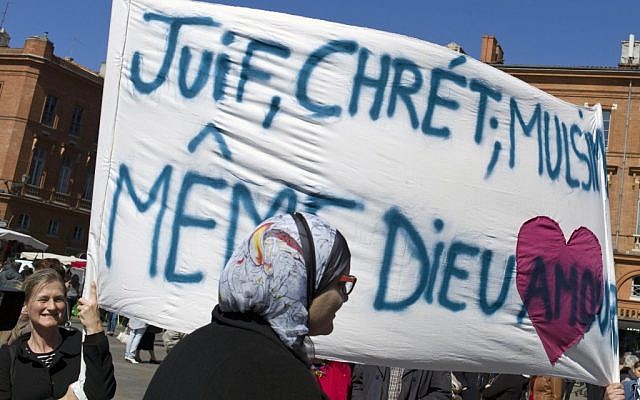 European Jewish groups denounced the deadly shooting of four people outside a Jewish school in France on Monday as a “barbarity” and urged authorities to do everything to catch the gunman.

“We hope the authorities will spare no resources in apprehending the perpetrator,” he said, following the shooting in the southeastern city of Toulouse that left three children dead.

A gunman burst into the school, shooting dead three children and a teacher in the third deadly gun attack in a week by a man who made his escape on a motorbike.

The children, aged three, six and 10, and a 30-year-old religious education teacher were mowed down as they arrived for class at the Ozar Hatorah school.

“I know as a community French Jewry will send a message of strength and resilience in the face of those who wish to terrorise them.”

The attack, he added, had “once again shown the necessity of education against anti-Semitism and intolerance.

“While this perpetrator will hopefully be caught, we need to stop all the future would-be perpetrators by mandating a greater level of education against hate, intolerance and racism.

“The greatest defence against race-based murder is not by creating higher walls and more effective security systems, but by teaching and imparting tolerance in the classrooms.”

RCE deputy director Rabbi Aryeh Goldberg added: “This act of barbarity and murder will be met with a Jewish response.

“We will bury the dead, look after the injured, and we will demand justice is pursued through the appropriate channels,” he said.

“This attack is an attack on the whole Jewish community; we feel the pain of the families who have lost loved ones and as a community we will show our reaction,” Goldberg said in a statement.

“If there are people who want to scare the Jewish community into submission, our response will be to show them that we will not be bowed, the opposite is true. We will build more schools, synagogues and other Jewish institutions.”