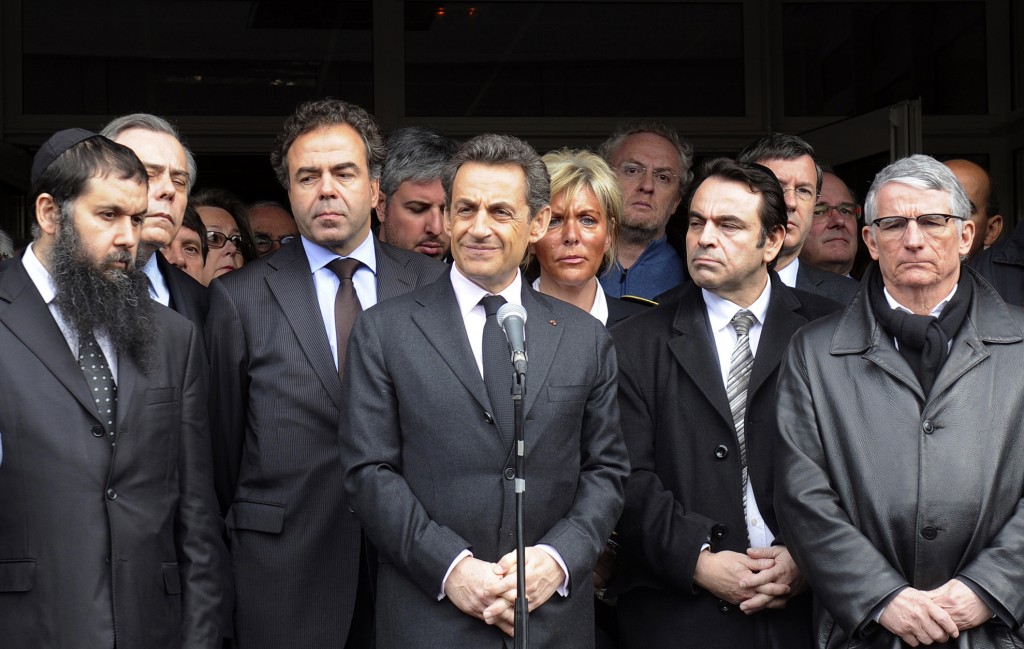 The attack by an unidentified gunman on a Jewish school in Toulouse, France was condemned by Jewish leaders, who also warned against the rise of anti-Jewish sentiment in Europe.

“Whoever did this is looking to target the Jewish community at its weakest point, its youth, in the hopes of spreading fear throughout the community,” said Moshe Kantor, president of the European Jewish Congress, in a statement. “They will not succeed. The Jews of Europe in general and the Jews of France in particular have a long history of standing firm against hatred and violence, and I know as a community French Jewry will send a message of strength and resilience in the face of those who wish to terrorize them.”

A man riding a motorbike reportedly opened fire Monday morning outside the Ozar Hatorah School, where students were waiting to enter the building at the start of the school day. The shooter then entered the building and continued shooting at students and teachers before fleeing on his motorbike.

Several students also were injured inside the building. The dead are reported to be a 30-year-old rabbi and his 3-year-old and 6-year-old sons, as well as the 10-year-old daughter of the school’s principal.

Anti Defamation League national Director Abraham Foxman pointed out that the Jewish community of Toulouse has been targeted in the past three years with anti-Semitic acts of violence.

“It is critically important that the Jewish community in France feel assured that they will be safe and secure in the aftermath of this horrific incident, and we welcome the announcement that security will be intensified at Jewish institutions throughout France,” Foxman said. “We appreciate President Sarkozy’s decision to immediately go to Toulouse, for the government’s clear message to all French schools to stand in solidarity, and for the direct public statements that no efforts will be spared to bring the killer to justice.”

French Interior Minister Claude Gueant ordered security to be tightened around all Jewish schools in France after the attack.

French President Nicolas Sarkozy called the attack a “national tragedy” and vowed to find the killer. “This is a day of national tragedy because children were killed in cold blood,” Sarkozy said in Toulouse, where he rushed after suspending his reelection campaign. “Barbarity, savagery, cruelty cannot win. Hate cannot win. We will find him.”

Israeli Prime Minister Benjamin Netanyahu said Israel would do everything to help France track down the killer. “Today we had a savage crime in France that gunned down French Jews, among them children. It’s too early to say what the precise background for this act of murder is, but I think that we can’t rule out that there was a strong murderous anti-Semitic motive here,” Netanyahu said.

“I haven’t heard yet a condemnation from any of the UN bodies but I have heard that one such body, the UN Human Rights Council, invited on this very day a senior representative of Hamas – on this day, when we had the savage murder, they chose to invite a member of Hamas,” Netanyahu added.

“We are horrified by this attack and we trust the French authorities to shed full light on this tragedy and bring the perpetrators of these murders to justice,” Israeli Foreign Ministry spokesman Yigal Palmor told AFP.

The White House also condemned the attack. “We were deeply saddened to learn of the horrific attack this morning against the teachers and students of a Jewish school in the French city of Toulouse,” said National Security Council spokesman Tommy Vietor. “Our thoughts and prayers go out to the families and friends of the victims, and we stand with a community in grief.”