One Gunman Sought In France 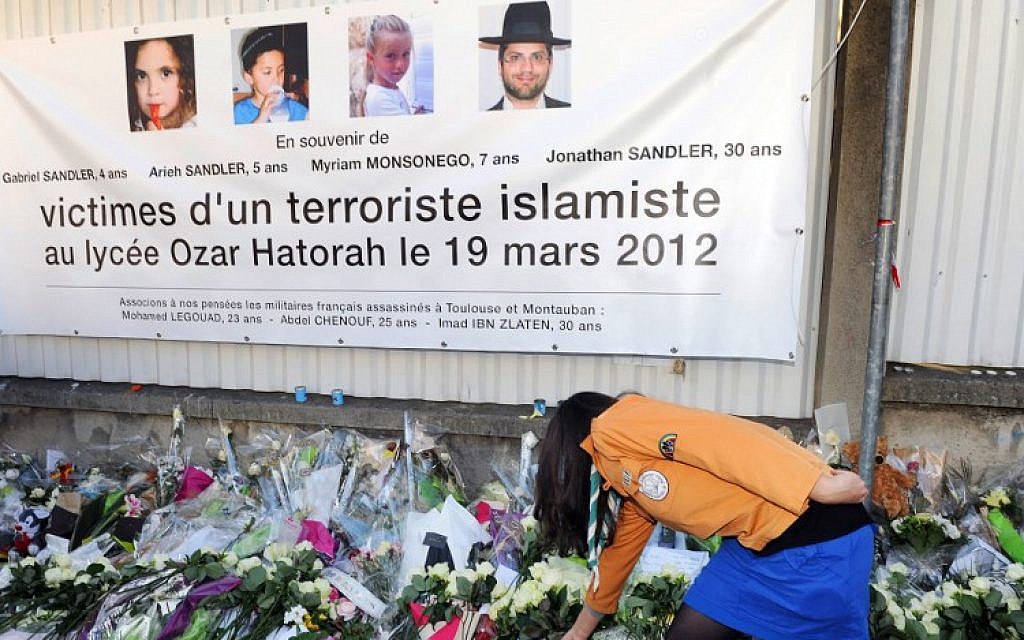 Soldiers shot on the 11th and 15th March in the south of France, as well as students and teachers at the Jewish school in Toulouse, were all killed by one person. This was stated by President Nicolas Sarkozy after meeting with the Ministers of Defense and the Interior.

While investigators have not yet established the motives of the criminal, it is assumed that he had anti-Semitic motives said the head of state. However he pointed out that two of the victims were Muslims.

Sarkozy also said that in the region where the crimes occurred the highest level of terrorist threat has been introduced.

On Monday morning, an unknown gunman on a motor scooter pulled up to a Jewish college at Toulouse, and opened fire on a group of students, parents and teachers. Four people were killed, including three children.

The shooting occurred days after three soldiers were shot in the same region.

The same stolen scooter was used in three deadly shooting incidents in eight days in France, a police source said Monday after three children and a teacher were killed at a Jewish school.

Police have also said the same gun was used in the attacks, drawing a clear link between the school shootings and the murder of three soldiers that have shocked France.

The same gun was used in a deadly attack Monday on a Jewish school in France and in the murders of three soldiers last week in the same region, a police source said.

A motorcyclist wielding a large calibre pistol in recent days carried out the three attacks in the southwestern Toulouse region.

The White House on Monday condemned the “outrageous” and “unprovoked” attack on a Jewish school in France which killed a teacher and three children.

“We were deeply saddened to learn of the horrific attack this morning against the teachers and students of a Jewish school in the French city of Toulouse,” said National Security Council spokesman Tommy Vietor.

Israeli Prime Minister Benjamin Netanyahu on Monday condemned the “despicable murder of Jews” by a gunman who opened fire at a Jewish school in France, killing four people.

“In France today there was a despicable murder of Jews, including small children,” Netanyahu told a meeting of his Likud party, hours after the incident in the southwestern city of Toulouse.

The Vatican voiced outrage at the shooting at a Jewish school in the French city of Toulouse on Monday which killed three children and a teacher, describing it as a “heinous” act.

“The attack in Toulouse against a teacher and three Jewish children is a horrific and heinous act,” Vatican spokesman Father Federico Lombardi told journalists, noting that it followed other “senseless violence” in France.

The US ambassador to Paris on Monday condemned as “horrific” an attack by a gunman who opened fire at a Jewish school in southwestern France, killing four people.

“I strongly condemn these killings, along with the murders of French soldiers that occurred last week in Toulouse and Montauban,” Charles Rivkin said in a statement.

French President Nicolas Sarkozy on Monday declared a shooting that left four dead outside a Jewish school to be a “national tragedy” and vowed to find the killer.

Visiting the scene of the killings in the southeastern city of Toulouse, Sarkozy announced a minute of silence in all French schools on Tuesday and said the state would throw its entire weight behind the investigation.

French President Nicolas Sarkozy said there were striking similarities between a shooting at a Jewish school in Toulouse on Monday and the killing of three soldiers earlier this month in two separate incidents.

“We are struck by the similarities between the modus operandi of today’s drama and those last week even if we have to wait to have more elements from the police to confirm this hypothesis,” Sarkozy said.

Speaking from Toulouse, he said that one of the soldiers killed in the earlier incidents had been of Caribbean origin and the other two Muslims.

French anti-terrorist prosecutors said they have opened three investigations into Monday’s deadly attack on a Jewish school in Toulouse and two shootings of soldiers in the same region last week.

“Because of their anti-terrorist responsibilities, Paris prosecutors have taken over three probes into murder and attempted murder carried out as part of a terrorist enterprise,” prosecutor Francois Molins said in a statement.

European Commission president Jose Manuel Barroso condemned the deadly shooting of four people, including three children, outside a Jewish school in France on Monday as an “odious crime.”

“In the name of the European Commission, I strongly condemn this odious crime and express the horror that this blind violence inspires. Nothing is more intolerable than the murder of innocent children,” he said in a statement.

France must do all to arrest school shooter: Jewish Congress

France must “spare no resources” to arrest the person who shot and killed four people, including three children, outside a Jewish school, the European Jewish Congress said on Monday.

“We hope the authorities will spare no resources in apprehending the perpetrator,” Moshe Kantor, president of the European Jewish Congress, said following the shooting in the southeastern French city of Toulouse.

An Israeli-French dual citizen was among the four people killed in a shooting attack outside a Jewish school in France on Monday, the man’s family in Israel told AFP.

“Jonathan Sandler was killed in the massacre in Toulouse,” a relative said, adding that Sandler was originally from Jerusalem.

French police are trying to track down the gunman who opened fire on a Jewish college in Toulouse, in the south of France, earlier today.

President Nicolas Sarkozy is currently heading for the site of the incident.

According to eyewitnesses, an unidentified man opened fire on the children and their parents who had gathered outside the Gan Rashi Jewish School in the city, killing two schoolchildren and a teacher.

Several other people were injured. Last week, an unidentified person shot at and killed three servicemen on the pass. In both cases, the attackers escaped from the crime scene.

The gunman who killed at least four people at a French Jewish school on Monday opened fire at everything that moved and chased children into the school, the local prosecutor said.

“He shot at everything he could see, children and adults, and some children were chased into the school,” Michel Valet told journalists, saying the death toll stood at four dead, including three children, and one seriously wounded.

Four people, three of them children, were killed when a gunman opened fire outside a Jewish school in southwest France on Monday, the local prosecutor said, raising a previous toll of three dead.

Witnesses and parents of pupils said earlier that a teacher and his two children were among the victims in the city of Toulouse, in the third gun attack in a week in the region by a man who fled on a motorbike.

France’s schools have been placed under heightened security protection after a gunman speeding past on a motor scooter poured automatic gunfire on students and teachers outside a Jewish college in Toulouse. One teenage student is wounded, and four other people are dead. They are a daughter of the college’s director, a 30-year-old male teacher and his two children, aged 3 and 6.

On Tuesday, France’s schools are to observe a minute of silence in memory of the Toulouse dead.

Visiting the site of the shooting on Monday, President Sarkozy pledged everything in the government’s power to bring the perpetrators to justice.

Investigators, meantime, say they are exploring a possible link to a similar attack, in which a gunman riding a motor scooter shot dead three soldiers near Toulouse.

France’s interior ministry on Monday ordered security to be boosted at all religious buildings across the country after a gunman killed three children and a teacher at a Jewish school.

“Orders have been given to police chiefs… to reinforce surveillance around all religious buildings in France, especially around Jewish schools,” ministry spokesman Pierre-Henry Brandet told AFP.

There are “similarities” between Monday’s Jewish school shooting and deadly attacks last week on French troops, also in the south of the country, Interior Minister Claude Gueant said.

“One can’t fail to notice the similarities between the attacks on our troops in Toulouse and in Montauban and then this horrible attack on children this morning,” Gueant said after Monday’s shooting in which three people were killed.

French President Nicolas Sarkozy said Monday he was travelling immediately to a Jewish school in the southwestern city of Toulouse where three people were killed in a shooting.

Sarkozy said in a statement he would be accompanied by his education minister and the head of the CRIF, the umbrella representative group of Jewish organisations in France.

A man on a scooter opened fire outside a Jewish school in Toulouse in southwestern France on Monday, killing one adult and two children, a police source said.

A fourth person was injured in the attack, which comes after three soldiers were killed in two separate shootings in the same region by a man who escaped from the scene by scooter.

Interior Minister Claude Gueant on Monday ordered security to be tightened around all French Jewish schools after an attack on one in Toulouse that eyewitnesses said left three dead.

Gueant was due to arrive in the southwestern city later in the morning, officials said. France has Europe’s largest Jewish community, estimated at up to 700,000 people.

Source: The Voice of Russia