‘Old’ Anti-Semitism And ‘New’ In Europe 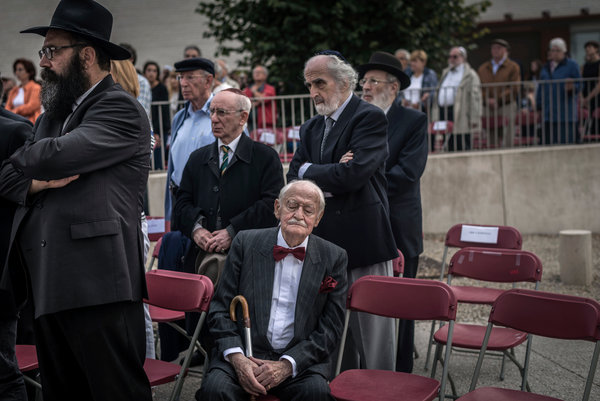 Israel’s liberal Haaretz newspaper sounded a note of caution on Friday against the temptation to “cry anti-Semitism” after the tragic events in France.

Three Jewish schoolchildren and a rabbi were among the victims of Mohammed Merah’s killing spree before he died at the end of a police siege on Thursday.

In an editorial that called the killings “a tragic, bitter echoing of the Jewish memory in France,” Haaretz nevertheless condemned politicians who had called on French Jews to “come home” and flee the dread of anti-Semitism.

For one thing, they risked playing into the hands of the French far right, the newspaper said. “Israel’s concern and solidarity are justified, but it must not interpret a terror attack into a narrow political cliché. And from a complex, grim event, it must not produce an exclusive outcry, charging a friendly state with sweeping anti-Semitism.”

The Toulouse killings, the apparent products of what Haaretz called the “new” radical Islamic hatred toward Jews, have inevitably rekindled a debate in Israel and elsewhere about how much the “old” anti-Semitism survives in Europe.

A report this week found that anti-Semitic attitudes in Europe were indeed at “disturbingly high levels” and had increased in a number of countries, including France and Britain.

The Anti-Defamation League said in New York that its findings indicated large percentages of people in 10 European states subscribed to classical anti-Semitic notions such as Jews having too much power in business, being more loyal to Israel than their own country, or “talking too much” about what happened during the Holocaust.

“In France, you have a volatile mix,” Abraham H. Foxman, U.S. national director of the ADL said, reflecting on a recent four-percent rise in the level of anti-Semitism from 20 percent. “Those increases are all the more disturbing in light of the shooting attack at the Jewish school in Toulouse.”

Among Spaniards, Poles and Hungarians, the ADL’s figures were far worse — 63 percent in the case of Hungary — demanding “a serious response from political, civic and religious leaders,” according to Mr. Foxman.

Does that mean that Jews in Europe should feel less safe? Certainly the “new” anti-Semitism puts them at risk — Mohammed Merah perversely claimed to be avenging the deaths of Palestinian children by murdering Jewish ones.

“The greatest tribute that can be made for the victims and their families is to significantly toughen measures against anti-Semitism and other hate crimes. Authorities need to be given greater powers to act against any form of hate and intolerance,” he added.

Alain Juppé, the French foreign minister who attended the funerals of the victims in Israel, had already pledged: “We will combat anti-Semitism in every place because every time a Jew is cursed, struck or killed, it puts all of France in the line of fire. We are not willing to tolerate anti-Semitism. It is against all French values.’’

If the “old” anti-Semitism is still widespread, as the ADL figures appear to confirm, it has also to an extent gone underground or at least unrecorded. There is no evidence that extreme, right-wing parties have lost any of their traditional hatred of Jews but for the most part they have turned to hatred of Muslims as more fertile ground for spreading their ideologies.

There is at least anecdotal evidence, however, that old attitudes are alive and well in Europe.

Rachael Levy, an American who had lived in France, noting in Slate this week that violent attacks on Jews there had increased, wrote: “When I lived there, France seemed like a powder keg of stubborn intolerance. If that is true nearly 70 years after the Holocaust, there was no reason to think it would be much better any time soon.”

Recounting the almost casual anti-Semitism she encountered in a conversation in a Paris café, she concluded: “You cannot actually be both French and Jewish.”