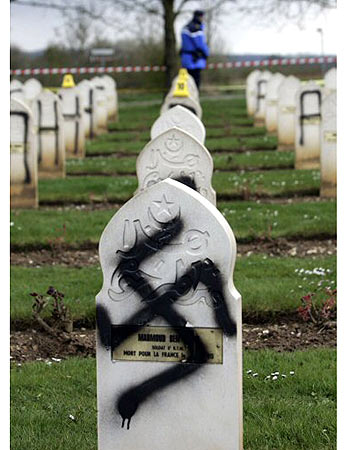 The European Jewish Congress (EJC) issued an urgent call for the Ukrainian government to spare no effort in capturing those responsible for the brutal attack on Aharon Alexander in Kiev, Sunday.

The EJC’s Monday statement also urged all European governments to collaborate in curbing what the organization called the potential “tsunami of anti-Semitism in Europe.”

Alexander, 25, was assaulted shortly after leaving a Kiev synagogue on Saturday night. The Jewish community in the Ukrainian capital denounced the attack as a hate crime.

The Jewish community in Kiev claimed that the local police were reluctant to treat the case as a hate crime. The EJC further warned that mishandling the event may lead to a wave of hate crimes against Jews across Europe.

Moshe Kantor, the president of the European Jewish Congress said that the Ukraine government “must do everything in its power to apprehend the neo-Nazi behind Alexander’s attack… We are sure they will do and that he will be tried soon.”

Kantor added that the attack in Kiev, compounded by the murder of four Jews in Toulouse in March, “Proves that Europe’s leaders must act swiftly to stop what could become a tsunami of hate against Jews in Europe.”