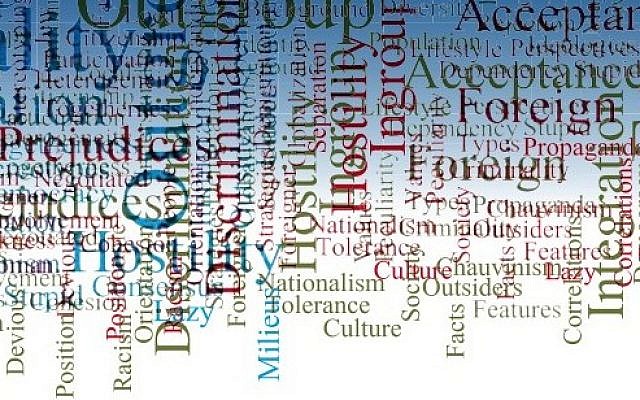 Most Europeans feel Jews enrich their culture, new study finds, but large proportions of Poles and Hungarians believe Jews exploit Holocaust and have too much influence.

Nearly three quarters of Polish citizens believe that the Jews seek to exploit the Holocaust. About 70 percent of Hungarians think Jews have too much influence in their country. And close to 40 percent of people in numerous European countries believe that Israel is waging “a war of extermination” against the Palestinians.

These are among the findings of a major new study on bigotry in Europe, entitled “Intolerance, Prejudice and Discrimination,” published by the German-based Friedrich Ebert Foundation. The report, set to be formally presented in two weeks’ time but made available in the week that Israel marks Holocaust Remembrance Day, surveyed 8,000 people across the continent – 1,000 in each of eight countries.

More than 30 percent of Poles strongly agree and 42 somewhat agree with the statement that “Jews try to take advantage of having been victims during the Nazi era,” the survey showed. In Hungary, 39% of responders agreed strongly and 29% somewhat agreed with that assertion.

The study also sheds light on European attitudes toward the state of Israel and how these affect Jew hatred. ”About half the respondents in Portugal, Poland and Hungary see anti-Semitic sentiments as based on Israel’s political activities, while around 40% of respondents in most participating countries affirm the drastic assessment that the Israeli state is conducting a war of extermination against the Palestinians,” the study’s authors write.

In Poland, the number of respondents who agree with the claim of an Israeli “war of extermination” is even higher, at 63%. Nearly half of the German respondents – 48% – agreed with the statement. The number was 49% in Portugal, 42% in Britain, 41% in Hungary, 39% in Holland and 38% in Italy.

The Friedrich Ebert Foundation is affiliated with Germany’s main opposition Social Democratic Party. According to the Foundation, the study is the “very first to supply comprehensive and comparable data about the extent of prejudice and discrimination against the main target groups in eight selected European countries” – France, Germany, Great Britain, Hungary, Italy, the Netherlands, Poland and Portugal.

In the Netherlands, for instance, fewer than 18% of respondents said Jews were trying to take advantage of their people’s suffering during the Shoah, while more than 40% strongly disagreed with that statement. However, nearly half of the German responders agreed with it (23% of them strongly and 26%) while less than 20% “strongly disagreed.”

Asked if Jews have too much influence in their country, about 70% of Hungarians, 50% of Poles and 20% of Germans agreed. In the Netherlands – whose current foreign minister, Uri Rosenthal, is Jewish – 3.4% strongly agreed and 18 percent somewhat agreed.

Thirty percent of German and 22% of British respondents agreed with the statement that “Jews in general do not care about anything or anyone but their own kind.” In Portugal, that number is even higher, at about 55%, according to the report.

However, a majority in all surveyed countries agrees with the statement that Jews are an “enrichment” for their culture.

“Anti-Semitism has a long and uniquely terrible history in Europe,” the study’s authors, Andreas Zick, Beate Kuepper, Andreas Hövermann, write. “The German surveys that we have been conducting at regular intervals since 2002, as well as studies in other European countries that have a different history of anti-Semitism, demonstrate that anti-Semitism is an important component of group-focused enmity. It is particularly conspicuous in the eastern European countries.”

The 190-page study also examines other phenomena of what the researchers call group-focused enmity, such as old-fashioned racism, sexism, homophobia, anti-Muslim and anti-immigrant sentiments. The findings generally reveal that group-focused enmity is “widespread” in Europe, being weakest in the Netherlands and strongest in Poland and Hungary. About half of all European respondents, for instance, consider Islam a “religion of intolerance” and believe there are too many immigrants in their country. More than half of French respondents said that Muslims are “too demanding.”

While the different prejudices measured by the study are very different in nature and seem to have no influence on one another, they are indeed interconnected, the researchers write. “Those who denigrate one group are very likely to target other groups too,” they write.

The results of the study will be presented and discussed at Tel Aviv’s Beit Sokolov on May 1. The prime minister of the German state of Brandenburg, Matthias Platzeck, is scheduled to deliver the keynote speech at the event, entitled “Racism and anti-Semitism on the rise again? Anti-democratic tendencies in today’s multicultural Europe.”

This Wednesday, on the eve of Holocaust Remembrance Day, the Moshe Kantor program for the Study of Contemporary Antisemitism and Racism at Tel Aviv University and European Jewish Congress will present its findings regarding the state of global anti-Semitism worldwide in 2010.