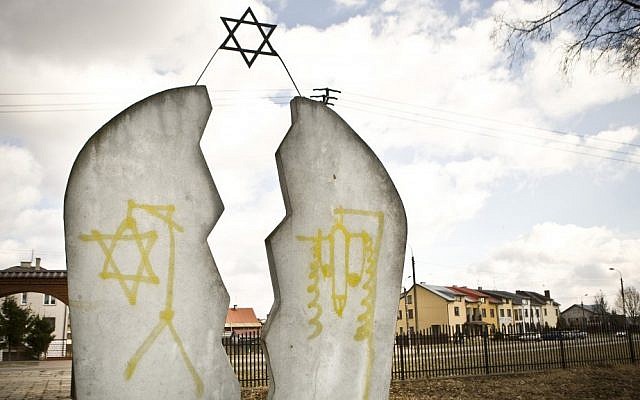 Global antisemitism fell by 27 per cent in 2011, according to an annual report.

The Kantor Center for the Study of Contemporary European Jewry at Tel Aviv University presented its global anti-semitism report for 2011 on April 18, the eve of Holocaust Remembrance Day.

The report showed that the number of cases of major violent incidents, including threats and vandalism against Jews, was down to 446 incidents from 614. There was an increase, however, in violence against Jews and Jewish property, as well as a rise in their severity.

France had the most hate crimes against Jews with 114, followed by the United Kingdom with 105, Canada with 68 and Australia with 30. Numbers for the United States were only partly included, the centre noted.

Firearms were used in 5 per cent of attacks; 57 per cent of the attacks involved vandalism.

Some 42 per cent of hate crimes against Jews were committed against individuals. Synagogues were attacked 20 per cent of the time and schools and Jewish community centres six percent. Jewish cemeteries were vandalized in 14 percent of the cases.

Perpetrators of violent antisemitic incidents and acts of harassment were categorized roughly into two ethnic and ideological groups: young Islamists, mostly from immigrant families, and racists from the extreme right, according to the report. In addition, cyberspace, with its websites, social networks, forums and blogs, has become the major conveyer of bigotry and racism in general, and antisemitism in particular.

“The Middle East conflict has been imported into Europe and serves as an excuse for antisemitic attacks against the Jewish citizens of Europe,” Kantor said during a news conference at the Kantor Center.

“This issue needs to be dealt with immediately or there could be a tsunami of hate if there is an escalation in the Middle East or an attack on the illegal Iranian nuclear weapons program. The barbaric murders in Toulouse should serve as a wake-up call for action. We know the problems and the solution, now we require the implementation.”