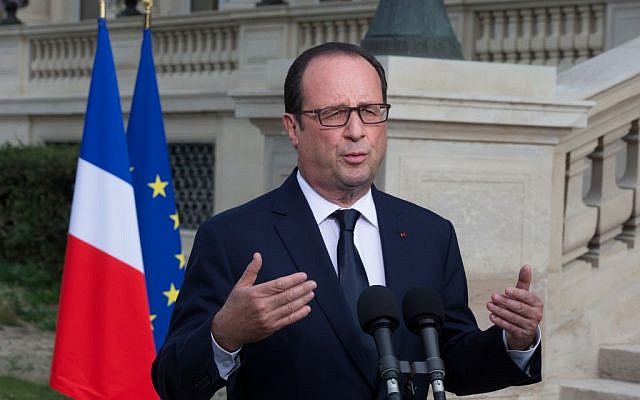 Jewish reaction was mixed to the election of the Socialist Party’s Francois Hollande as the president of France.

The European Jewish Congress congratulated Hollande, who bested Nicolas Sarkozy May 6 with 51.7 percent of the vote versus 48.3 percent for the incumbent.

“Our recent meeting with Mr. Hollande was very constructive and touched on many areas of concern to the Jewish community,” EJC President Moshe Kantor said in a statement.

But Richard Prasquier, president of the CRIF umbrella group of French Jewry, told reporters in New York that he was concerned that Hollande’s election would lead to a rise in the anti-Israel left.

“We know that some of the parties who are supposed to be partners of the coalition in favor of Francois Hollande are not friends of Israel. The part they will play we will see,” he said, according to the Jewish Press.

Hollande is the first Socialist president of France in nearly two decades. Sarkozy, of the Union for a Popular Movement party, was considered the favored choice among French Jews.

More than 92 percent of French nationals who voted at the French Embassy in Tel Aviv cast their ballot for Sarkozy, the center-left candidate, according to reports.