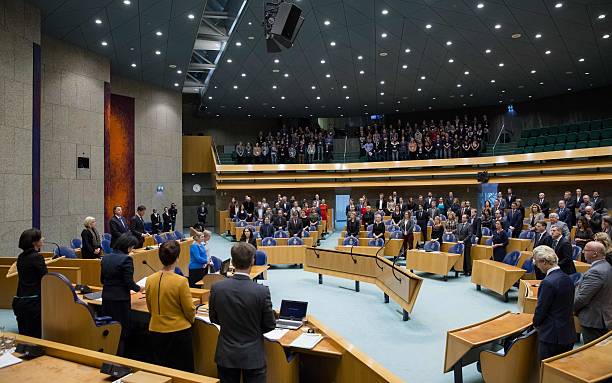 The Dutch senate voted to approve a deal to allow ritual slaughter in the Netherlands.

Tuesday’s vote came after leaders of the Jewish and Muslim communities in the Netherland signed off on a compromise with the government.

The agreement signed on June 5 allows ritual slaughter if the animals lose consciousness within 40 seconds of their throats being cut. After that, they must be stunned – rendering them non-kosher and non-Halal.

Representing the Jewish community at the signing was NIK, the Organization of Jewish Communities in The Netherlands – an umbrella group. The organization’s representatives signed the agreement with Dutch Agriculture Minister Hans Bleker.

The European Jewish Congress welcomed the ratification of the agreement.

“This is a momentous agreement and we hope this will serve as a paradigm and precedent for all countries in Europe and the European Union,” Moshe Kantor, president of the European Jewish Congress, said Wednesday.

In December, the leader of the Dutch Animal Rights Party, Marianne Thieme, withdrew a bill that would have required stunning of all animals before slaughter. The measure had passed the lower house of the Dutch parliament in June 2011. A majority of senators had expressed their objection to the ban before its withdrawal.

Dutch law requires animals to be stunned before slaughter but makes an exception for Muslim halal and Jewish shechitah. The Animal Rights Party says that more than 2 million animals are ritually slaughtered each year in the country.

The European Union requires animals to be stunned before slaughter but makes exceptions for religiously mandated ritual slaughter. Nevertheless, ritual slaughter is banned in Luxembourg, Norway, Sweden and Switzerland.