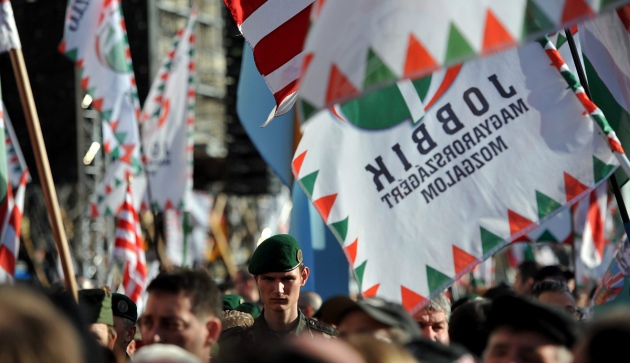 Hungary’s Medical Research Council has begun investigations into a company that provided a politician with a certificate characterising his ‘racial purity’.

The company, Nagy Gen Diagnostic and Research Company, certified an unnamed politician of Hungary’s Jobbik party for his lack of Jewish or Roma traits. The Jobbik party, the third-largest party in Hungarian parliament, has a history of antisemitism and anti-Roma conduct.

Dr Moshe Kantor, president of the European Jewish Congress, stated: ‘This test demonstrates a very troubling escalation by the Jobbik party, which already espouses very problematic views, into a genetic and racial ideology that appears to be a short step below a fully-fledged Nazi worldview’.

The company scanned 18 positions in the politician’s genome it claims give an indication of Jewish or Roma ancestry. The politician did not possess the gene variants associated with either.

Dr Istvan Rasko, director of the Institute of Genetics of the Hungarian Academy of Sciences said: ‘This test is complete nonsense and the affair is very harmful to the profession of clinical genetics’. He affirmed that the tests could not have determined ethnic origins by looking at 18 positions on the genome.

News of the politician’s certificate went viral on the internet in May, leading to wide public criticism of the company. One result was that Nagy Gen lost one of its key financial partners; Jewish three-time Olympic water-polo gold medalist Tibor Benedek cut his ties with the company.

The European Society of Human Genetics (ESHG) confirmed its stance that the use of genetic testing to determine ethnic backgrounds is unethical and scientifically foolish.

Professor Joerg Schmidtke, the president of the ESHG commented: ‘This is a gross distortion of the values of genetic testing, which is intended to be used to diagnose disease rather than to claim racial purity.’

The test, Professor Schmidtke added, ‘proves nothing; it is impossible to deduce someone’s origins from testing so few places in the genome. I am sure that clinical geneticists worldwide will join me in condemning this scandalous abuse of a technology that was developed to help the sick, rather than to promote hatred’.

In a statement on their website, Nagy Gen says it ‘rejects all forms of discrimination, so it has no right to judge the purpose for which an individual will use his or her test result, and so for ethical reasons it could not have refused to carry out the test’.