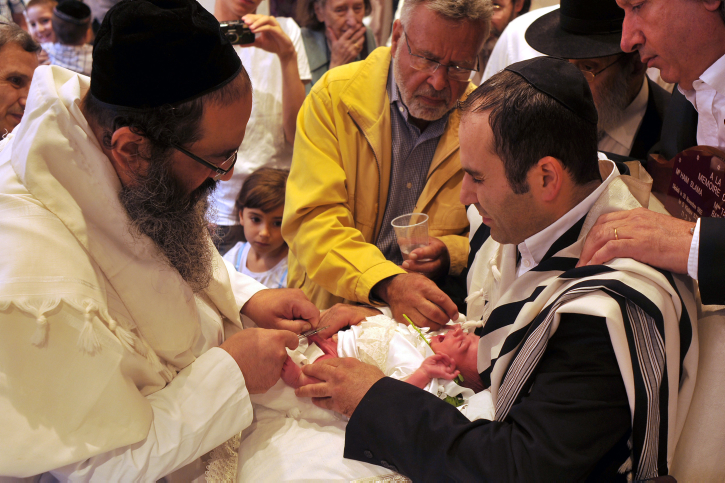 Last week, a state court in Cologne ruled that the child’s right to physical integrity trumps freedom of religion and parents’ rights. The ruling was strongly criticized by the head of Germany’s Central Council of Jews, Dieter Graumann, who urged

Foreign Minister Guido Westerwelle said that a legal debate “must not lead to doubts arising internationally about religious tolerance in Germany.”

“The free exercise of religion is protected in Germany. That includes religious traditions,” Westerwelle said in a statement. “All our partners in the world should know that.”

Volker Beck, a senior lawmaker with the opposition Greens, left open whether a “correction” of the Cologne ruling should be sought through the court system or through new legislation, but he said the result should be clarity that circumcision on religious grounds is justified so long as hygienic and medical standards are kept to.

Graumann has pointed out that the circumcision of newborn Jews has been practiced for thousands of years. Muslims also circumcise young boys, while many parents request it on health grounds.

The European Jewish Congress added its voice to the criticism on Sunday.

“We would hope that in Germany of all places … Jewish life would be allowed to flourish without restriction,” said the group’s president, Moshe Kantor.

He urged the German government “to exercise its authority and take a clear stand against this ruling and in line with the German constitution which guarantees religious freedom.”

The case in Cologne involved a doctor accused of carrying out a circumcision on a 4-year-old, approved by his Muslim parents that led to medical complications. The doctor was acquitted, however, and prosecutors said they won’t appeal.

Unlike female circumcision, there is no law prohibiting the practice and the ruling isn’t binding for other courts – but it creates a potentially tricky legal situation for doctors who perform the procedure on parents’ orders.