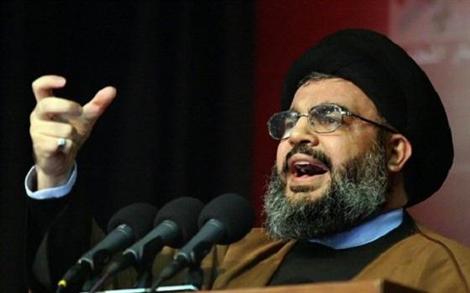 The European Jewish Congress (EJC) reissued its calls to the EU to label Lebanese group Hezbollah as a terrorist organist, following Wednesday’s bombing of Israeli tourists in Bulgaria, responsibility for which it claims “all fingers have pointed at Hezbollah”.

After Israeli Prime Minister Benjamin Netanyahu insisted that Iran is fully culpable for the terrorist attack which left 5 Israelis dead and more than 30 wounded, EJC president Moshe Kantor declared the attack should prove unequivocally to Europe the lengths to which Hezbollah will go to achieve its goals.

“Hezbollah has no respect for human lives and no boundaries for humanity,” he said, adding “Europe cannot make itself an easy target and must act immediately against Hezbollah which is merely a proxy of Iran,” he said in a statement.

Speaking to a crowd of supporters in the Hezbollah nerve centre of Dahieh in southern Beirut on Wednesday, on the sixth anniversary of its self-proclaimed “victory” over Israel in the Second Lebanon War, the group’s leader Hassan Nasrallah claimed the Syrian regime had armed Hamas to support the Palestinian cause.

Speaking from a bunker, the controversial leader insisted “the Syrian leadership was risking its interests and existence in order for the resistance in Lebanon and Palestine to be strong”. Claiming Israel’s interests were in suppressing Syria to protect itself, he made no reference to the afternoon’s events in Bulgaria, whilst claiming that “today Israel is happy about what happened in Syria (the attack on a government building which killed three members of beleaguered president Bashar al Assad’s regime), and justifiably so”.

Kantor and the EJC had originally appealed to EU officials to officially declare Hezbollah as a terrorist organisation a year ago, to no avail.

Having previously warned of the Middle East conflict being used as justification for replicated terror attacks in Europe, Kantor now feels his fears have been vindicated.

“Unfortunately I have been proven correct when I warned European authorities that Israelis and Jews will become targets on the continent,” he said. Referring to Nasrallah’s address, he said: “Iran and Hezbollah are currently assisting the Assad regime (to) butcher its own people in Syria and are now butchering tourists in Europe.”

The European Jewish Congress said it has led a campaign among European authorities on how to deal with the growing attacks against Jews and Israelis on the continent.

These steps include intelligence sharing and intelligence cooperation between the various enforcement authorities across Europe and implementing and enforcing stronger legislative and security measures.