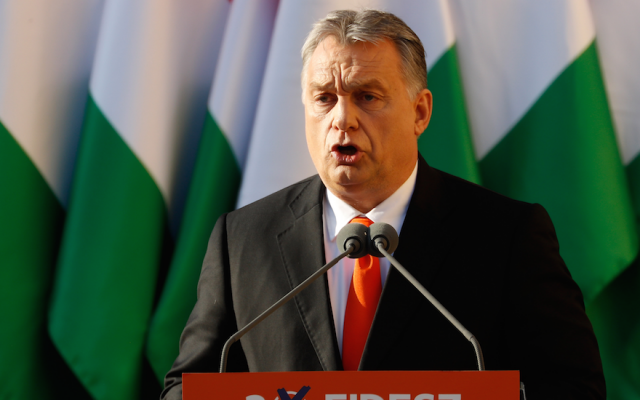 After vandals desecrated 57 tombs containing the remains of around 250 people at a Jewish cemetery in Hungary and a neo-Nazi Website in Hungary offered money for information about protesters that called for the arrest of a suspected war criminal, the European Jewish Congress (EJC) called on the Hungarian Government to immediately clamp down on the extreme-Right.

“One can see from these latest events that the extreme-Right and neo-Nazis in Hungary feel that they have impunity,” Dr. Moshe Kantor, President of the EJC said. “We call on the government to reverse its policy of ignoring this escalation or even involuntarily assisting it in the rehabilitation of figures like Miklos Horthy, Hungary’s dictator from 1920 until 1944, and of anti-Semitic writers like Albert Wass and Jozsef Nyiro.”

“The fact that the extreme-Right Jobbik party sits in the Hungarian Parliament allows these elements a foothold on power that must be removed and provides succor for the most hateful and intolerant ideology in Europe today.”

“Jews have to be made to feel that they are part of Hungary and have an equal share in its future,” Kantor continued. “At the moment there are many elements that are making the Jewish community feel less than welcome and it is the government’s responsibility to protect all of its citizens.”

“The fact that a war criminal could live freely in Budapest unmolested for so long merely compounds the issue.”