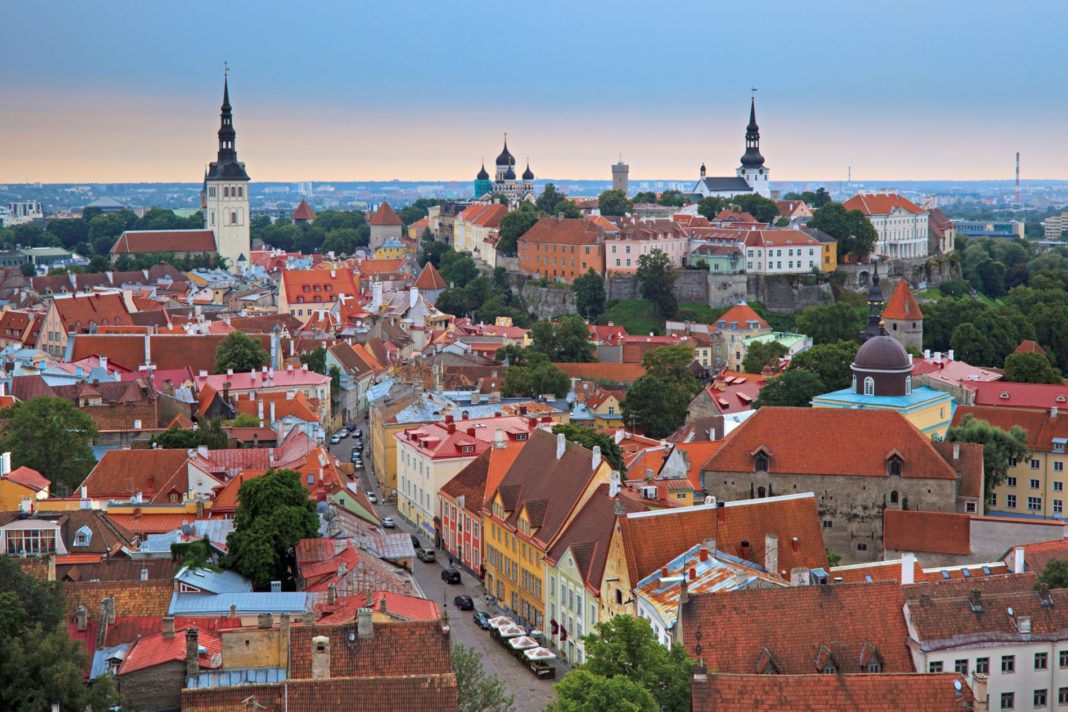 Estonians vote for wind and biomass over nuclear

Wind power and biomass have come top of a poll in Estonia to find the public’s first choice of energy sources. The survey carried out by the Estonian Ministry of the Environment found that 95 per cent of respondents considered wind power to be the most environmentally friendly way to produce energy, with biomass coming second with 81 per cent.

Low cost and energy independence were rated behind being environmental friendly as the top criteria for power generation. Nuclear power scored the lowest in all categories, except for the energy security category, in which natural gas was considered to be the worst.

Estonia to change shechitah law but says no ban is planned

Estonia will change its law on religious slaughter, a government official said, but “there is no plan to ban” it. Sirje Jalakas, the head of Estonia’s Animal Welfare Bureau, told JTA that a change is needed because religious slaughter “does not take new scientific knowledge into account.” The change is being determined based on the 2010 DialRel report, Jalakas said, which says that kosher slaughter, or shechitah, causes higher risk, pain and suffering in animals than methods that involve stunning. Jewish religious law requires animals to be conscious when their necks are cut.

The DialRel document served as the scientific basis for a 2011 Dutch bill to ban ritual slaughter. The Dutch Parliament approved the bill, but its Senate scrapped the measure in June. Estonia’s current policy on ritual slaughter is among the European Union’s strictest. Authorities must be notified 10 work days ahead of each planned slaughter and a government inspector oversees each procedure. The animals are stunned after their throats are cut — a procedure known as post-cut stunning, which not all rabbis permit. The DialRel report states post-cut stunning results as “intermediate” for pain and suffering during the post-cut period. In methods involving previous stunning, pain and suffering are “low,” the report said.

Moshe Kantor, president of the European Jewish Congress, told JTA that his organization “calls on all nations to show the utmost restraint when attempting to change the status quo regarding Jewish traditions and practices.” He added that “Proscribing or limiting Jewish practices sends entirely the wrong message to the Jewish community.” Shmuel Kot, Estonia’s chief rabbi, said the authorities are consulting him on the planned change. Approximately 1,000 Jews live in Estonia, according to the Estonian Institute. A spokesman for the Rabbinical Centre of Europe, a Brussels-based group, said the organization was “confident that any decision on animal slaughter in Estonia would not end in banning the practice.”

President Toomas Ilves of Estonia forcefully smacked down New York Times columnist Paul Krugman on Twitter. In his New York Times blog Krugman belittled the successful program tiny Estonia (pop. 1.3 million) had put in place to combat the global economic crisis. Ilves called Krugman’s jabs “smug, overbearing and patronizing.” When it comes to Europe’s problems, Ilves has it right. Estonia and its two Baltic neighbours-Lithuania and Latvia-were hammered when the global economic crisis hit in 2008–09. Being almost totally dependent on global trade, these countries suffered double-digit contractions. But unlike Greece, Italy, Spain and Portugal, they slammed on their fiscal brakes. No Keynesian stimulus programs for them. Estonia cut its civil servants’ salaries 10% and the pay of its government ministers, 20%. In Lithuania the prime minister’s salary was cut almost in half. Some taxes were raised. Lithuania, for example, hiked its corporate tax rate, but only temporarily. All three, however, left their flat-tax regimes in place and stuck to their free-trade policies.

The Krugmans of the world were aghast that these countries saw a quick economic turnaround. By European standards all grew smartly in 2011, and they will likely eke out gains this year despite Europe’s recession. Estonia has been a particular success story. It has more start-ups per capita than any European state and has become something of a high-tech hothouse. Skype, for instance, got its start there. Wi-Fi is free. The country has also been a pioneer in government transparency, with all functions of the government available on the Internet. Here’s a number that will astound you. The government-debt-to-GDP ratio of sober Germany is 80%; the U.S., 100%; Greece, 170%; and Japan, over 200%; but Estonia’s is a microscopic 6%. Greece is descending into a depression, yet it refuses to adopt a low-rate flat tax to stimulate an economic revival and generate more government revenue. In contrast, neighbouring Al¬bania, which has a 10% flat tax, still shows positive growth. In fact, its growth was positive even in 2008–09.

Critics may carp that these are small nations whose lessons are irrelevant, but look at Poland, whose performance has been stellar. It has been carrying out an astonishing privatization program ¬covering more than 800 companies, ¬including several with revenues over $1 billion. Warsaw is emerging into something of a regional financial centre. Or take Sweden. Once a socialist “paradise,” Sweden in recent years has been cutting taxes. It’s also weathering the storm better than Western Europe. Let’s hope Mitt Romney absorbs these facts so that when he’s elected President he’ll urge Europe to follow the advice of Estonia’s president rather than the toxic prescriptions of the world’s Paul Krugmans.