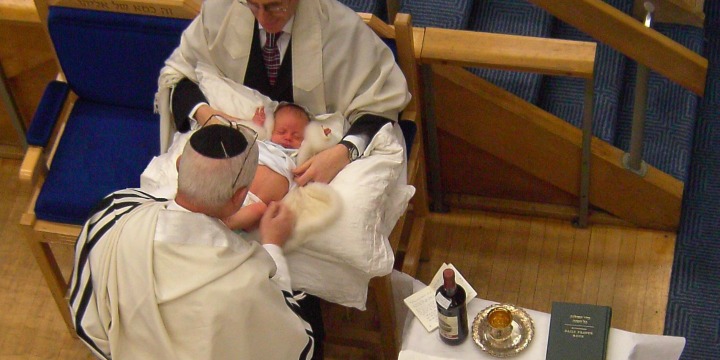 A complaint alleging criminal assault has been brought against the rabbi of the Jewish community in Hof, a town in northern Bavaria, for performing circumcisions on religious grounds. Chief prosecutor Gerhard Schmitt confirmed that the complaint had been filed by a doctor from the state of Hessen. It follows a ruling by a Cologne court in May banning religious circumcision of minors which has sparked intense debate in Germany.

It marks the first time that a rabbi in Germany has been accused of committing a criminal offense because he performed a religious ritual. Prosecutors in Hof have not decided yet whether to bring charges against Rabbi David Goldberg. According to the weekly ‘Jüdische Allgemeine’, the rabbi, who is also a mohel (religious circumciser) and has already performed more than 3,000 circumcisions, was informed by journalists about the complaint against him.

Maram Stern, vice president of the World Jewish Congress, said there was an urgent need to create legal certainty about this matter. “We hope that the prosecutor will show sensitivity regarding this issue and open a criminal investigation against the mohel.” Stern said the developments in Germany were causing concern around the Jewish world. He called on German law enforcement agencies to refrain from pursuing lawsuits until government and parliament had found an acceptable solution to the problem. A month ago, German lawmakers called on the government to draft a law this fall explicitly permitting “medically correct circumcision.”

Cologne Rabbi Yaron Engelmayer of the Orthodox Rabbinical Conference said he was “shocked” while Moshe Kantor, president of the European Jewish Congress, declared: “It has been many decades since a Jew was charged for practicing Judaism openly and is reminiscent of far darker times. We hope that in Germany, of all places, the authorities would remain far more sensitive to this issue.” Kantor called on the German government “to send a clearer message that Jewish religious life should be allowed to continue and thrive in Germany and to enact legislation without delay to clear matters as there is obviously a lot of confusion.”

Meanwhile, Israel’s Ashkenazi Chief Rabbi Yona Metzger held talks in Berlin with the German government on the issue. At a press conference, Metzger noted that Jews were religiously required to circumcise baby boys on the eighth day after birth. However, he suggested after meetings at the Justice Ministry and elsewhere that rabbis could certify mohels after they receive additional medical training. The chief rabbi said he believed the Cologne judges’ decision was made in all innocence and not born out of anti-Semitic sentiments.