Charges Filed Against Rabbi For Carrying Out Circumcisions 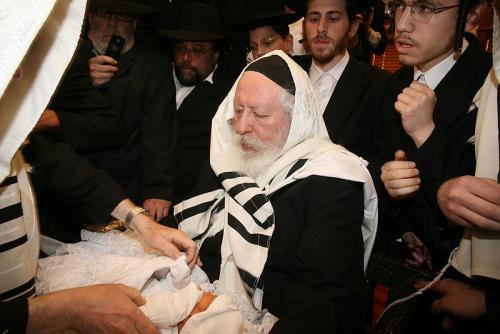 A German rabbi has become the first person to have criminal charges filed against him for carrying out circumcisions. Rabbi David Goldberg, an Israeli mohel currently living in Bavaria, has been charged with causing bodily harm following a June ruling at the district court in Cologne which banned religious circumcision.

Rabbi Goldberg, 64, said he found out about the charges filed against him by a German doctor through local journalists, and that he had not yet received summons from the court, according to the Jerusalem Post. The court has yet to decide whether or not to press charges.

The rabbi also said he did not know what the accusations referred to, as he had not performed a brit milah recently in Germany.

The move has been made despite Chancellor Angela Merkel and the German government’s recent announcemet that they would push for legislation to ensure Jews and Muslims could continue to perform their religious rituals.

The news of the charges provoked strong reactions from the European Jewish community. European Jewish Congress president Dr Moshe Kantor said: “It has been many decades since a Jew was charged for practising Judaism openly and is reminiscent of far darker times.”

The New York-based Anti-Defamation League called the Cologne ruling “an assault on religious freedom”, but said they did not believe the public prosecutor would bring charges. “[T]he Bavarian Ministry of Justice made a public statement several weeks ago that well-performed circumcisions were not criminal acts. We fully expect the Bavarian authorities to remain committed to that statement. Moreover, the flawed ruling by a judge in Cologne… that ritual circumcision is a form of assault and thus illegal, does not apply in the state of Bavaria.”