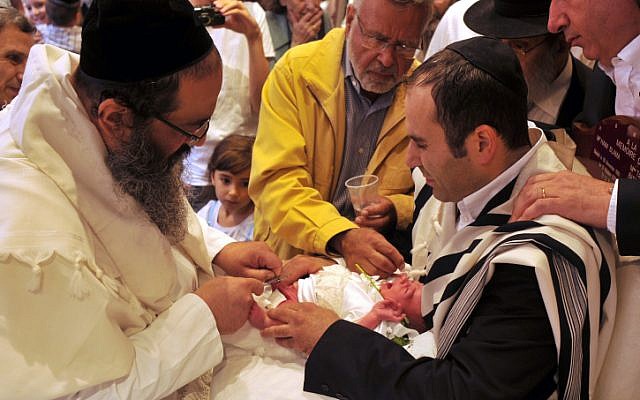 Yesterday morning, Jewish groups are condemning the decision of a Bavarian court to file criminal charges against a rabbi for performing a religious ritual. According to Haaretz, Rabbi David Goldberg of Bavaria was charged with “committing bodily harm”, after a Bavarian doctor complained that Goldberg had “inflicted physical harm” on a boy, by performing his circumcision.

According to The Jerusalem Post, European Jewish Congress President Dr. Moshe Kantor condemned the decision of the court to charge Goldberg, saying, ““It has been many decades since a Jew was charged for practicing Judaism openly and is reminiscent of far darker times.”

Earlier this year, a Cologne court ruled that circumcision for religious reasons was a criminal act, because it violated a child’s right to “bodily integrity.” Yet, until now, no criminal charges have been filed against rabbis for performing brit mila. Indeed, the World Jewish Congress reports that the complaint against Goldberg is unprecedented, saying that “It marks the first time that a rabbi in Germany has been accused of committing a criminal offense because he performed a religious ritual.”

The media found out about the charges against Goldberg before the rabbi himself did. Indeed, Ofer Aderet of Haaretz reported that Goldberg, himself, said he was unaware of them. “I have only heard about this … from journalists,” he told Haaretz. “The moment I do receive something, I will pass it on to the Central Council of Jews in Germany.”

According to the JTA, Goldberg has, instead, been performing circumcisions abroad in places such as Budapest and The Czech Republic.

Yet the JTA also reports that Goldberg said that a secular law would not prevent him from performing brit mila in Germany, if a family asked him to. According to the JTA, he said that, instead, he would look to the Central Council of Jews in Germany for guidance.