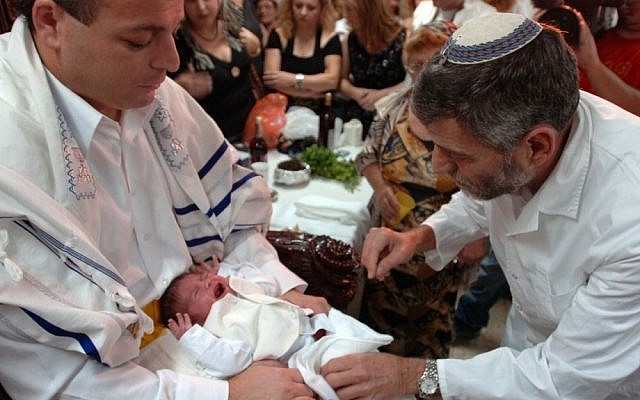 Less than two months after a German court banned religious circumcisions, a rabbi is now facing criminal charges for performing the ritual brit milah on a child.

According to the Times of Israel, a doctor in Germany filed a criminal complaint against Rabbi David Goldberg for performing the ritual circumcision, alleging that the procedure caused “bodily harm” to the boy involved.

Goldberg, a 64-year-old qualified mohel (ritual circumciser), has reportedly performed more than 3,000 circumcisions since he was trained in the procedure. Goldberg has been the rabbi of the Bavarian city of Hof since 1997.

The case against Goldberg has outraged Jewish groups worldwide, and many are now calling for protective legislation that will safeguard the Jewish and Muslim practice of ritual circumcision from persecution in Germany.

“The charges laid against a Jewish religious leader for performing a fully legal action is outrageous and a very troubling escalation, sending a deeply problematic message,” Moshe Kantor, the president of the European Jewish Congress, told the Jerusalem Post.

“It has been many decades since a Jew was charged for practicing Judaism openly and is reminiscent of far darker times. We hope that in Germany, of all places, the authorities would remain far more sensitive to this issue,” he added.

The debate in Germany over the practice of ritual circumcision started after a regional court in Cologne ruled in June that the procedure amounted to causing criminal “bodily harm” to children too young to consent.

The landmark decision triggered an onslaught of international criticism as an infringement on religious freedom.

According to the New York Times, it also created legal confusion:

Although the court’s ruling was not enforceable outside its jurisdiction, it was disruptive enough that many hospitals in the country, and even in neighboring Austria and Switzerland, recommended that doctors refrain from carrying out circumcisions until legal clarity could be created.

After the criminal charge against Goldberg came to light this month, Jewish groups have been increasing pressure on the German government to enact new protective legislation.

“This latest development in Hof is yet another grave affront to religious freedom and underlines the urgent need for the German government to expedite the process of ensuring that the fundamental rights of minority communities are protected,” Rabbi Pinchas Goldschmidt, head of the European Orthodox group, told the Associated Press.

Israeli lawmaker Danny Danon said the case against Goldberg could indicate the beginning of a “disturbing trend,” and he urged members of the Israeli government to speak out.

In a country that is particularly sensitive to allegations of religious intolerance, the German government has said it is eager to find a way around the Cologne court ruling.

“For everyone in the government it is absolutely clear that we want to have Jewish and Muslim religious life in Germany,” Chancellor Angela Merkel’s spokesman Steffen Seibert said last week. “Circumcision carried out in a responsible manner must be possible in this country without punishment.”

According to The New York Times, German officials are meeting with Israel’s chief Ashkenazi rabbi and are attempting to hash out new legislation that will allow Jews and Muslims to circumcise infant boys in religious rituals.

Though the Cologne court ruling has been described by some as a landmark decision, this is not the first time that the legality of circumcision has been thrown into question.

In many countries, there are laws that regulate circumcision and some nations have legal restrictions that control the practice.

In Sweden, for example, only persons certified by the National Board of Health are allowed to circumcise infants. The procedure must also be carried out under anesthetic, and a doctor or nurse must be present. Though the law, enacted in 2001, met with objections from Swedish Jews and Muslims, the Scandinavian country has continued to maintain it.

Since 2007, most public hospitals in Australia stopped the practice of non-therapeutic male circumcision. However, the procedure is still performed in private hospitals, the National Times reports.

In the United States, circumcision has remained a gray legal area due to an absence of definitive legislation.

According to a 2007 CDC survey, 79 percent of adult men in the U.S. have been circumcised and the majority of those procedures were carried out neonatally.

However, despite its prevalence, there are still vocal opponents to the practice in the U.S. Groups such as Doctors Opposing Circumcision and the Anti-Circumcision Movement, for example, have controversially called for the procedure’s legal restriction in the past.