Circumcision: European Jewish Congress President Deplores That Jewish Traditions Are Being Targeted As ‘Subversive And Unwelcome’S 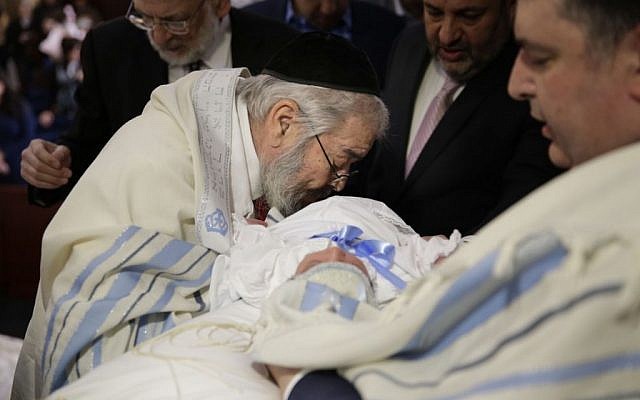 European Jewish Congress President Moshe Kantor has expressed outrage after a rabbi in Germany has had charges filed against him for performing a circumcision.

Reports said that a doctor from the Hesse region filed a complaint against Rabbi David Goldberg, one of only a few Jewish religious mohels in Germany, who was then subjected to criminal charges by the authorities.

A mohel is a person trained in the Jewish ritual of circumcision.

“The charges laid against a Jewish religious leader for performing a fully legal action is outrageous and a very troubling escalation sending a deeply problematic message to the Jewish community,” Kantor said.

“It has been many decades since a Jew was charged for practicing Judaism openly and is reminiscent of far darker times. We hope that in Germany, of all places, the authorities would remain far more sensitive to this issue.”

The issue of circumcision has become contentious since a Cologne regional court in June ruled that the practice amounted to “causing criminal bodily harm”.

In July a spokesperson for German Chancellor Angela Merkel said that circumcisions should be able to continue as normal, saying that there should be no punishment for practicing religious circumcisions.”

“We hope the government will immediately intercede, especially after the office of Chancellor Angela Merkel reaffirmed the right of Jews to continue practicing circumcision,” Kantor said.

“The government needs to send a clearer message that Jewish religious life should be allowed to continue and thrive in Germany and to enact legislation without delay to clear matters as there is obviously a lot of confusion.”

“This issue needs to be closed as soon as possible before Jews all over Germany will be subjected to legal intimidation and assault for practicing their religion.”

The June ruling by the Cologne court has led to a spate of similar comments and rulings across Europe in Switzerland, Austria and Scandinavia.

“There is a wave of intimidation laid against Jews and Jewish practices in Europe today,” said Kantor. “While some may argue on the basis of different reasoning, the facts remain that Jewish traditions are being targeted as subversive and unwelcome.”