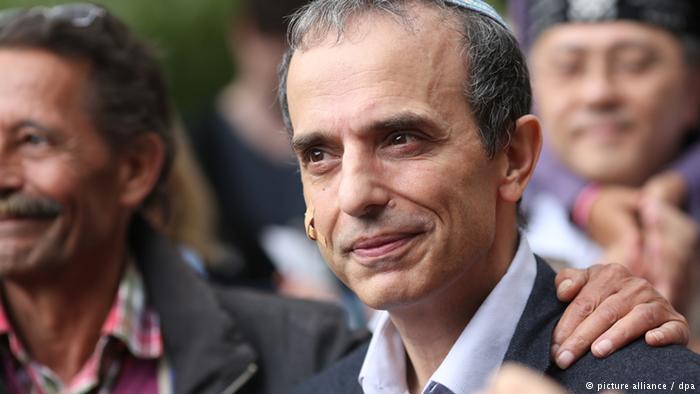 An attack in which a 53-year-old rabbi was punched in the head and insulted with anti-Semitic slurs by four young men triggered outrage in Berlin on Wednesday. The attackers, who presumably identified the victim as Jewish from the traditional kippa or skullcap he was wearing, reportedly threatened to kill his 6-year-old daughter, who was with him.

The attack occurred Tuesday night, after the assailants asked the victim if he was Jewish and blocked the path of him and his daughter. They then struck repeated blows to his head while insulting the Jewish faith and threatening the child.

The rabbi, who is active in the city’s Jewish community, was admitted to hospital for treatment.

Police said they were searching for the four men, who they described as being of Arab descent.

Mayor Klaus Wowereit called the incident on a street in the Schoeneberg district, south-west of the city centre, a “cowardly attack.”

Moshe Kantor, president of the Brussels-based European Jewish Congress (EJC), condemned the assault in Berlin and said there had been a “gaping wound” in Jews’ communal psyche since the murders of three Jewish schoolchildren and a rabbi in Toulouse, France, in March. “The lack of a clear, concerted and institutional response means that it will not heal,” he said. The EJC represents democratically elected Jewish panels in Europe.