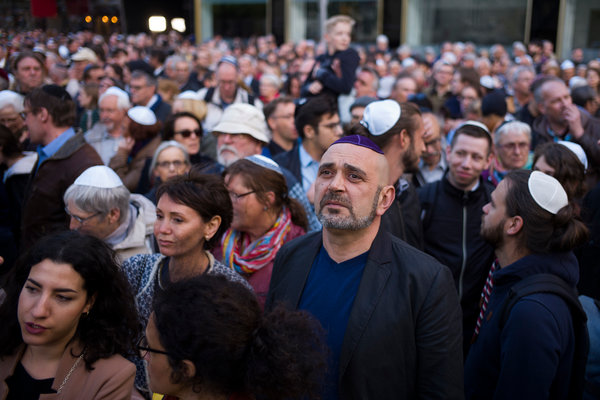 Four youths attacked a rabbi and threatened to kill his six-year-old daughter in Berlin on Wednesday, according to the World Jewish Congress (WJC.)

The rabbi, 53, was walking in downtown Berlin with his daughter when the youths, reportedly of Arab origin, saw him wearing a kippah. “Are you a Jew,” they asked him, and then proceeded to attack him. He was admitted to a hospital with head wounds.

German police said they would treat the incident as a hate crime. Berlin Mayor Klaus Wowereit condemned the attack, saying “intolerance, xenophobia and anti-Semitism are not tolerated,” according to WJC.

“After the murders in Toulouse we expected one of two things to happen. On the one hand it could have sent shock waves across Europe that there is a massive problem and it has to be dealt with, leading to a lessening of these types of attacks,” Kantor said. “The other option was that the reaction would be meager and it would send a message to extremists that life continues as normal.”

Kantor said that unfortunately, the second option appeared to have prevailed.