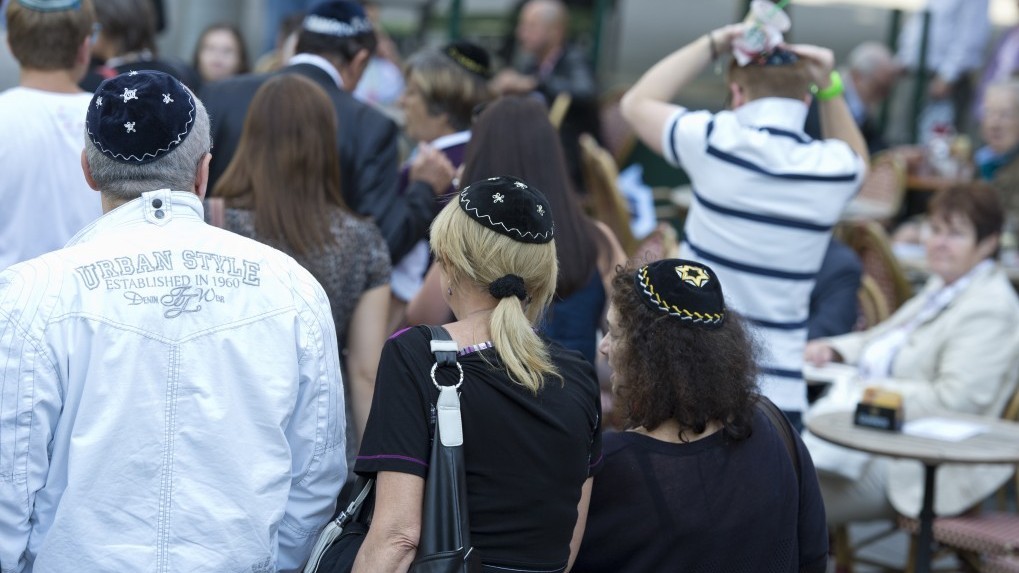 The men who attacked a rabbi in Berlin also threatened the life of his 6-year-old daughter.

The four assailants, who the French news agency AFP said are thought to be of “Arab descent,” asked the rabbi if he was a Jew before hitting him in Tuesday evening’s attack. The rabbi was taken to a local hospital.

The rabbi was identifiably Jewish because he was wearing a kipah, according to AFP.

The assailants threatened the life of the rabbi’s daughter, police told the news service. Police also said in a statement that insults were directed “towards the man, his beliefs and his mother.”

The incident is being treated as a hate crime, police said, according to the European Jewish Congress.

European Jewish Congress President Dr. Moshe Kantor in condemning the attack brought up the murders at a Jewish day school in Toulouse, France.

“After the murders in Toulouse we expected one of two things to happen. On the one hand it could have sent shock waves across Europe that there is a massive problem and it has to be dealt with, leading to a lessoning of these types of attacks,” Kantor said. “The other option was that the reaction would be meager and it would send a message to extremists that life continues as normal.

“Unfortunately, the second option seems to have prevailed.”