Police: Rabbi Attacked And Insulted In Berlin By Four Youths ‘Of Arab Descent’ 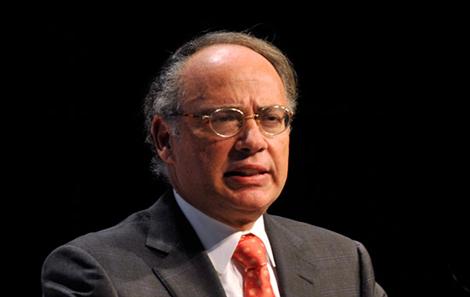 A 53-year-old rabbi was hospitalized after being beaten on the head in broad daylight by four youths thought to be of Arab descent who also threatened to kill his six-year-old daughter, police in Berlin said.

The four youths confronted the man in the Schoeneberg district of Berlin in the early evening of Tuesday, asking him “Are you a Jew?”, according to a police statement.

One of the men blocked his path, while three others stood behind the rabbi and his daughter.

“There were then insults directed towards the man, his beliefs and his mother, as well as a death threat in the direction of his daughter,” the police said in a statement. All four men were probably of Arab descent, police stated.

The youths fled after the attack and the rabbi was taken to hospital.

Prosecutors have launched an investigation.

Berlin’s mayor Klaus Wowereit condemned the attack “in the strongest possible terms” saying it was “an attack on the peaceful co-habitation of all people who live in our city.” “Berlin is an open city in which intolerance, xenophobia and anti-Semitism are not tolerated,” he told the Juedische Allgemeine magazine.

Jewish groups in Germany and abroad condemned the attack.

“This despicable attack on Jews in the middle of our capital is outrageous and shocking,” said the president of the Central Council of Jews in Germany, Dieter Graumann.

“It is not just an evil attack on Jewry in Germany but an attack against all of us, and against our common values of tolerance and liberalism. It must not be downplayed under any circumstances. We Jews won’t be intimidated by such disgusting attacks. We will continue to build our Jewish future in this country openly, passionately and with self-confidence.”

The Jewish forum for democracy and against anti-Semitism said it was “very shocked by the act of violence.”

Group spokesman Levi Salomon said the victim was “one of the first rabbis to be ordained in Germany after the Holocaust” when six million Jews were murdered by Adolf Hitler’s Nazis.

He teaches religious studies at a Jewish school and has pushed for years for dialogue with Christians and Muslims, Salomon said.

A visiting rabbi from the Simon Wiesenthal Centre, a global Jewish human rights organisation, said the attack was “a source of deep concern.”

“It’s a shame that in this very powerful centre of Europe, Berlin, that we have to talk about Jews being attacked,” Abraham Cooper told reporters.

European Jewish Congress President Moshe Kantor said that after the murder of four Jews in Toulouse, France, in March, he had expected that either of two things would occur:

“On the one hand it could have sent shock waves across Europe that there is a massive problem and it has to be dealt with, leading to a lessoning of these types of attacks,” he said. “The other option was that the reaction would be meager and it would send a message to extremists that life continues as normal.”

“Unfortunately, the second option seems to have prevailed. Life goes on in Europe after such events as the Toulouse murders, but for the Jewish community life does not return to normal. The murders created a gaping wound in our communal psyche which is widened with every additional attack and the lack of a clear, concerted and institutional response means that it will not heal.”

Kantor said the EJC will host next week in Paris a gathering of prominent European Jewish and Muslim leaders. “We hope that a joint declaration of condemnation will be heard from the religious and communal leadership,” he said. “Religious leaders have to speak with a stronger and clearer voice against violence,” Kantor said.

In New York, the Anti-Defamation League (ADL) called on German authorities to ensure the assailants are brought to justice.

“We are shocked by the alleged anti-Semitic attack in Berlin on a rabbi in front of his young daughter, who was also apparently threatened,” said Abraham H. Foxman, ADL National Director.

“Similar anti-Semitic and xenophobic incidents have been occurring across Europe with alarming frequency. It is a reminder of the need for heightened public condemnation of such acts by political, civic and religious leaders and renewed commitment to anti-bias education and religious tolerance programming in European schools, particularly in Germany.”

An ADL study of anti-Semitism in 10 European countries, released in March, found a high level of anti-Semitic attitudes among the general population of Germany.

More than 20 percent of the population was deemed to hold anti-Semitic attitudes, with 52 percent of those surveyed responding that they agreed with the statement that “Jews are more loyal to Israel than to their own country,” and 43 percent concurring that “Jews still talk too much about what happened to them in the Holocaust.”