Jews And Muslims Unite In Fight For Religious Freedom In Europe 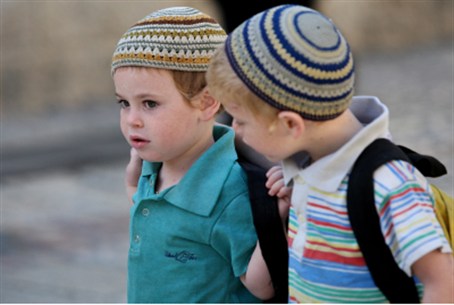 Jewish and Muslim religious leaders from 18 European countries will gather in Paris this week to discuss the increasing prohibitions against religious practices in Europe.

During the event, which will take place on Tuesday and Wednesday, the leaders will discuss, among other things, effective strategies to combat extremism.

Jewish and Muslim communities in Europe have become increasingly anxious over recent attempts to prohibit religious practices, including circumcision and religious slaughter.

“The recent attacks against our religious practices in Europe are an assault on all people of faith and they are indeed an attack on freedom of expression, the very basis for a free, democratic and tolerant European society,” said President of the European Jewish Congress Moshe Kantor, according to EJP.

“Yesterday it was Jews, today it is Muslims and tomorrow it could be Christians,” he said.

“We, European citizens, Muslims and Jews, stand together and say to our opponents that you will not be able to change our culture, our traditions and our religion. We are, of course, ready for compromise and dialogue with the governments and leadership of Europe,” Kantor added.

Rabbi Daniel Alter, 53, was attacked in front of his six-year-old daughter last Tuesday in Berlin after picking her up from a piano lesson.

The American Jewish Committee (AJC) has called on Germany’s parliament to take concrete action in order to combat anti-Semitism.

“German lawmakers should not delay any longer adopting a comprehensive plan to combat anti-Semitism,” said Deidre Berger, the director of the AJC in Berlin.

The attack came amid growing concerns that religious freedom is being restricted in Germany due to a recent Cologne court decision that ruled that circumcision of young boys for religious purposes is illegal, because it inflicts grievous bodily harm.

In July, the Simon Wiesenthal Center issued sharp criticism of the ban, saying, “Without strong, unequivocal leadership from the top, these initiatives will further embolden anti-Semitism in the mainstream of European society.”