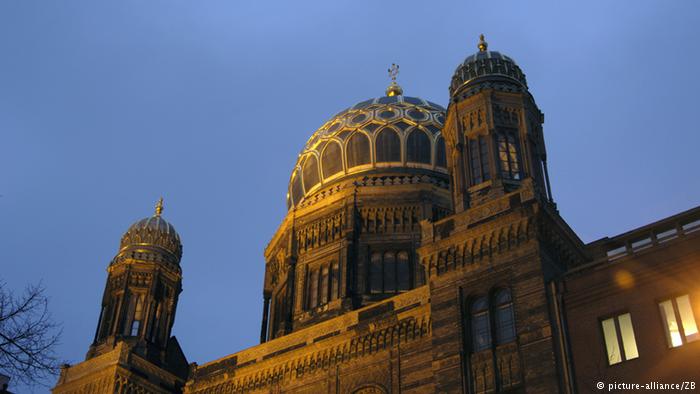 This week, Jewish and Muslim leaders from across Europe will meet in Paris to discuss interreligious issues. The recent attack on a Berlin Rabbi is likely to feature high on the agenda.

“If there is an attack on a mosque or a synagogue, if a Muslim or a Jew is being attacked, then it is our duty to stand up and make our protest heard.” Those are the words that Moshe Kantor, president of the European Jewish Congress, will use to welcome the participants of the “Second Gathering of Jewish and Muslim Leaders” in Paris.

Eighty leading Muslim and Jewish figures from 18 different European countries plan to discuss mutual issues of concern at their meeting on Tuesday and Wednesday (04. – 05. 09 2012). The focus will not just be on the ongoing debate in Germany about the religious circumcision of baby boys, and the ban that some countries have implemented on kosher or halal butchering.

The attack on Rabbi Daniel Alter and his 6-year-old daughter in Berlin last week has added another dimension to the meeting. As a consequence, the issues of discrimination, anti-Semitism and Islamophobia will play a larger role in the conference’s agenda.

“Yesterday it was the Jews, today it is the Muslims and tomorrow it might be the Christians,” Kantor said.

‘We don’t need a lesson’

The social circumstances surrounding the assault in Berlin are potentially explosive. Although the attackers have not yet been caught, the police seem to be looking for people described as “Arab.” Should this be confirmed, it might lead to heated debate among the Jewish and Muslim participants at the Paris meeting.

A small taste of the potential for conflict came via an exchange between the chairman of the Central Council of Jews in Germany, Dieter Graumann, and by Ali Kizilkaya, head of the German Coordinating Council of Muslims. Graumann had in response to the attacks called upon Muslims to engage more in the fight against anti-Semitism. Kizilkaya rejected this in a newspaper interview saying that “we don’t need a lesson.”

Should it indeed be confirmed that the attackers were Muslim Germans with so-called migrant backgrounds, the problem of German anti-Semitism would have yet another facet of complexity: Violent anti-Semitism committed by Muslim perpetrators with religious motives is culturally and historically not a genuinely German phenomenon. But if the attackers indeed grew up in Germany, it’ll beg the question whether German education and society failed in raising these young people.

According to what’s known so far, the attack on the Berlin Rabbi took place because Alter was wearing his yarmulke and could therefore be singled out as a Jew. Berlin Mayor Klaus Wowereit used the yarmulke as a metaphor after the attack.

“We have to make sure that a Jew can wear his yarmulke and that others can wear their turban,” Wowereit said.

Many Jews are already hiding their yarmulkes under a hat or don’t wear them in public to begin with as they fear they’ll be recognized as Jews. But having to hide the yarmulke is unacceptable, said Graumann of the Central Council of Jews in Germany. “I will not permit, that we can only practice Judaism behind closed doors.”