We’re All Muslims, We’re All Jews 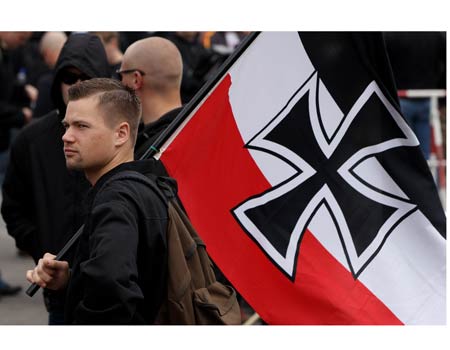 An unprecedented gathering of Muslim and Jewish leaders concluded Wednesday in Paris with 70 religious leaders from across the international community agreeing not only to stand up for each other on matters of joint concern, but also to defend their counterparts whenever they are attacked in Europe.

An initiative of the Foundation for Ethnic Understanding, the conference participants adopted a joint declaration calling for “‘zero tolerance’ against religious leaders of any faith who misuse their pulpits to incite religious bigotry.”

Conference co-sponsors include the European Jewish Congress and the Great Mosque of Paris.

The Gathering of European Jewish and Muslim Leaders attracted some of Europe’s most prominent Jewish and Muslim religious leaders who came out strongly against the recent increase in verbal and physical attacks on the two communities.

Dalil Boubaker, rector of the Great Mosque of Paris, addressed the gathering’s opening event, emphasizing that “the holy Koran deeply respects all of the three Abrahamic faiths.”

The rector called on the religious leaders gathered in Paris’ famed city hall, Hotel de Ville, to “lead together to end racism and xenophobia in Europe.”

‘Assault on all people of faith’

Moshe Kantor, the president of the European Jewish Congress, added that “the recent attacks against our religious practices in Europe are an assault on all people of faith and they are indeed an attack on freedom of expression, the very basis for a free, democratic and tolerant European society.”

Rabbi Schneier then called on the participants to take the dialogue – which has been built up over the past four years through FFEU-driven initiatives of rabbis and imams – to the next level.

“We began in 2009 by hosting a delegation of European religious leaders to Washington and New York, with the hope of opening of a window of dialogue between the two communities,” recalled Rabbi Schneier.

“Through subsequent meetings in the US and Europe, a bond was forged and the leaders began to intensify their cooperation on areas of mutual concern like the governmental attacks on ritual slaughtering and circumcision in Europe.

“Today it is imperative for both sides to realize that a people who fights for their own right is only as honorable as when they fight for the rights of all people.

“The Jews of Europe stood up for their Muslim brethren when governments began to restrict the building of minarets, and American Jewry defended American Muslims from Islamaphobic incidents by stating ‘We are all Muslims.’

“Today, when a rabbi and his young daughter are beaten on the streets of Berlin and German Jewish children are taunted and harassed on their way to school, I challenge the Muslim leaders of Europe to speak out for the other, to make the injustice we are experiencing, your injustice.”

The Foundation for Ethnic Understanding’s internationally renowned Weekend of Twinning program was highlighted at the two-day meeting.

Held annually in November, the program is based on synagogues and mosques and Jewish and Muslim organizations around the world forming one-on-one partnerships and holding joint programs together on the same weekend.

The 5th Annual Weekend of Twinning will take place on November 16-18. Four rabbis and imams from Israel joined the Paris gathering to learn from their European counterparts. The Israeli Twinning program is slated to launch for the first time in two months.

Delegates convened over 10 panels during the gathering that focused on key issues facing those involved in inter-religious dialogue including “best practices on Jewish-Muslim dialogue” and “communication and cooperation,” and “fighting anti-Semitism and anti-Muslim bigotry together.”

The conference concluded with an emotional joint prayer for peace by all participants.