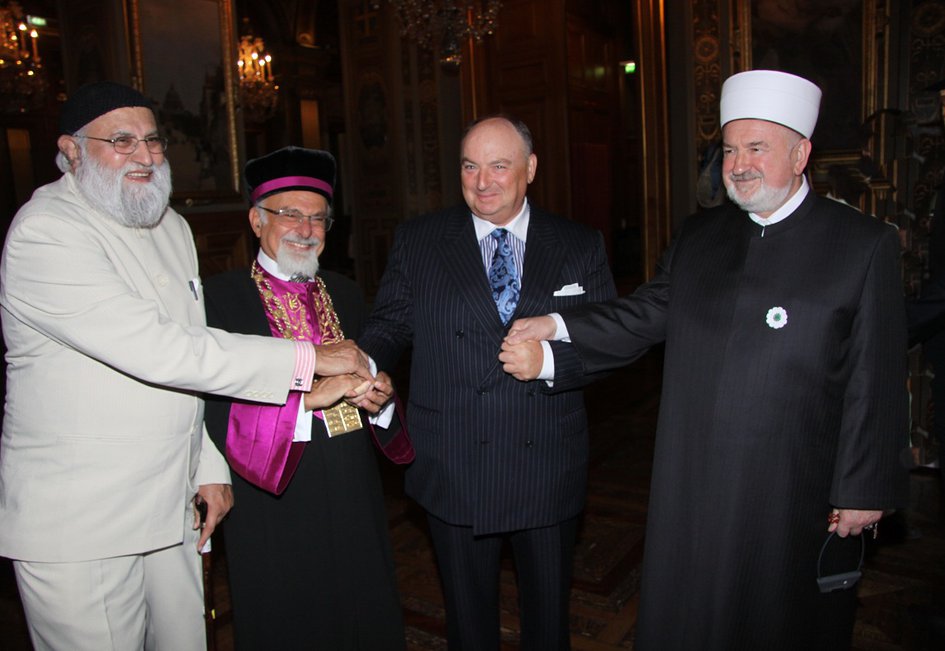 Moshe Kantor, the president of the European Jewish Congress, told Jewish and Muslim leaders on Tuesday that “an attack on one of us is an attack on all of us,” referring to recent rulings in Europe against circumcision and ritual slaughter.

Speaking at the opening session of the Second Gathering of European Jewish and Muslim Leaders in Paris, Kantor added that such attacks were against “all people of faith,” and contradicted not only the principle of free expression but also the very basis of modern European society.

The conference – organized by the European Jewish Congress, the Grande Mosque de Paris, and the New York-based Foundation for Ethnic Understanding – drew around 100 religious leaders and lay participants from nearly 20 European countries, and was also attended by delegates from Morocco, Israel, and the United States. The first such gathering was in December 2010.

Kantor’s urgings for religious unity were echoed by the grand mufti of Sarajevo, Dr. Mustafa Ceric. “Jews and Muslims aren’t the ghosts of Europe; they are the hosts. They helped shape Europe.”

Speakers at the two-day conference highlighted the role of education in breaking down barriers between the communities.

In a declaration entitled “A Zero Tolerance For Religious Bigotry,” the participants called for the initiation of “sustained dialogue and cooperative projects between Muslims and Jews; [and] replacing mutual fear and resentment with a continent-wide movement of Muslims and Jews committed to communication, reconciliation, and cooperation.”

The need for such projects was underscored by the chief rabbi of Toulouse, Rabbi Harold Weill.

Weill told the conference that after the terror attack by a local Muslim extremist on a Jewish school in Toulouse in March 2012 – which took the lives of four people, including three children – he received about 1,500 messages of condolence and support.

Not one of them came from Toulouse’s Muslim community.

He described this as the “third dagger blow” he received, the first two being the killings and the discovery that a Muslim had committed them.

Weill added that he had felt safer as a Jew in Morocco on a recent visit there than he did in Toulouse.

Delegates at the conference described local initiatives and projects that had fostered cooperation and trust between Muslims and Jews. Former Manchester lord mayor Afzal Kahn praised the introduction of professional and business networks linking both communities. The chief rabbi of Nice, Rabbi Joseph Abittan, said that he had won the respect of local Islamic audiences by speaking to them in mosques in Arabic about religious themes common to both the Torah and the Koran.

The Holocaust was referenced as a source of unity between the communities.

Dalil Boubakeur, the rector of the Grande Mosque de Paris, said that the mosque had saved hundreds of Jews from the Nazis. The Dutch human rights advocate Rabbi Avraham Soetendorp was hidden by a non- Jewish family during the war, and said he felt a sense of “inner wholeness” when present at such gatherings.

“Let us draw strength from one another,” he urged.

Rabbi Marc Schneier, the president of the Foundation for Ethnic Understanding, congratulated the participants on the progress they had made.

“We have created the brand, we have a great brand, and now we must market the brand,” he said.

The conference was told that three synagogues and three mosques in northern Israel would take part in what was described as a twinning event in November.

Imams in Majd el-Krum, Acre and Haifa would exchange pulpits with their rabbinical counterparts in Atlit, Acre and Haifa. The imams and rabbis would speak at local schools, and take part in other interfaith events.