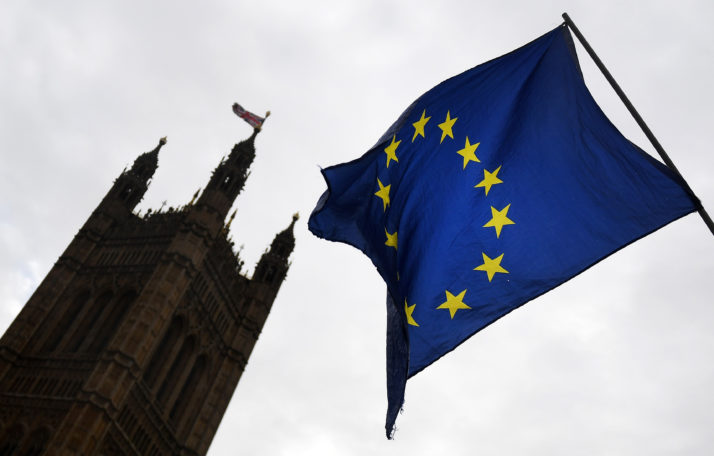 I am of the firm belief that Israelophobia is a symptom of the resurgent anti-Semitism, not the cause. Anti-Israel sentiment is so irrational, so hyperbolic and so spiteful, that political explanations do not suffice.

The firebombing of a synagogue in the Swedish city of Malmo is another distressing indication that the future of European Jewry is at risk. It seems that only six decades after the Holocaust, Europe is reverting to type.

In response to the explosion, Moshe Kantor, president of the European Jewish Congress, expressed his belief that Europe’s Jews are “under attack” and that not enough is being done to protect Jewish communities.

Indeed, a recent report by the Anti-Defamation League shows that anti-Semitic attitudes in Europe are at “disturbingly high levels,” with Hungary, Spain and Poland the worst offenders. Around half of the population in each of these countries harbor anti-Jewish views. Attitudes in France and the UK are also a cause for concern.

Physical attacks, cemetery desecrations, firebombings, graffiti and the bullying of Jewish children by their Muslim peers are frequent events in countries across Europe. Unfortunately, Europe’s politicians and opinion-formers have spent so long wallowing in post-colonial guilt and cultural relativism, that they lack the political will to tackle Muslim anti-Semitism, preferring instead to castigate Israel.

Attributing anti-Semitism to the Israel-Palestinian crisis is a common mistake. I am of the firm belief that Israelophobia is a symptom of the resurgent anti-Semitism, not the cause. Anti-Israel sentiment is so irrational, so hyperbolic and so spiteful, that political explanations do not suffice.

Europe is a hothouse of Quran-inspired hatred and Christian anti-Semitic tropes in which all the old prejudices about “the Jew” as dangerous, nefarious and disloyal are reinterpreted for a modern audience. Israel-bashing is merely a way of expressing and legitimizing these irrational feelings.

More worryingly, the normalization of anti-Semitism in Europe is being carried out under the banner of human rights. The liberal elite in Europe is complicit in the resurgence of anti-Semitism because they have signed up to the notion that Palestinianism is a genuine human rights issue. Until the Palestinian cause is seen for what it is (i.e. a globalized anti-Semitic ideology that denies or falsifies the Jewish people’s historical, legal, and biblical ties to the land of Israel), then nothing will change.

Hence, Muslim radicals are able to desecrate cemeteries, attack synagogues, and assault Jewish people with impunity. In the meantime, European journalists are complicit in the manipulation of news footage that shows Israel in a bad light, while politicians denounce the Jewish state as an aggressor and companies are pressured into divesting from Israel. All of which consolidates irrational prejudices about “the Jews.”

Add to the mix the outlawing of circumcision in Germany, the boycott Israel campaign, and questions surrounding the legality of Kosher slaughter, and we are left with a situation that is eerily reminiscent of the 1930s. (And let’s not forget that the Arab world supported the Nazi embargo on Jewish shops at a time when the State of Israel did not even exist.)

The sad truth is that Europe does not cherish its Jewish communities. Between 2001 and 2005, around 12,000 Jews left France and went to Israel. Many of those who made Aliyah cited Muslim anti-Semitism as the reason for leaving.

Perhaps it is finally time to abandon a continent which has turned its back on the Jews again.

Of course, America is always an option for those who wish to leave. But the Jewish dream has always been a return to Jerusalem and the land of Israel.

Israel is the only place in the world where the Jewish people are free to live as Jews. The importance of this cannot be underestimated, especially at a time when Europe is becoming a place of fear and loathing.

It is therefore doubly important that Israel secures its long-term future by neutralizing Iran’s nuclear program as soon as possible.

Israel has a duty to protect its own citizens and provide a sanctuary for the diaspora, which one day may find itself in dire need of a safe haven. In the meantime, the diaspora must do everything it can to support the State of Israel, which includes pressuring the media to curb Israelophobia and lobbying politicians to stand up to Iran.

Some may argue that leaving Europe is an admission of defeat. I would argue that it is an opportunity to live in a society where Jewishness is the norm, not the exception. I would also add that returning to Israel would greatly help the Jewish state gain the upper hand in the demographic stakes. And for those who are willing to live beyond the green line, it is an opportunity to settle Judea and Samaria, thereby sending a message to the world that the “West Bank” is Jewish.

Simon Wiesenthal once said that “freedom is not a gift from heaven: you must fight for it every day.” He’s right. After centuries of oppression and persecution, the Jewish people must fight for the right to live free and secure lives.

And if that means leaving Europe and settling in the land of Israel, then so be it