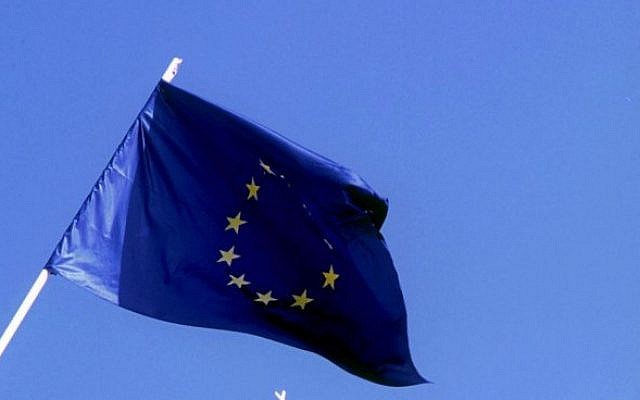 Israel and Jewish organizations congratulated the European Union for being awarded the 2012 Nobel Peace Prize on Friday.

“The exemplary success of the EU in establishing peace in Europe after two world wars is an inspiration to the whole family of nations. The European Union crystallizes the way of reason and compromise through which nations can overcome hostility and ancient conflicts, and establish good neighborly relations, mutual trust and cooperation for the common good,” Israel’s Foreign Ministry said in a statement released on Sunday.

The ministry also called on the EU to maintain “vigilance in the face of displays of racism and anti-Semitism within its borders,” and added that Israel “expects the EU to continue its efforts for promoting peace in the Middle East, through a supportive approach and understanding of the special sensitivities of the area.”

The peace prize was awarded to the 27-nation bloc for being a key component in transforming Europe from a “continent of wars to a continent of peace,” Nobel Committee Chairman Thorbjoern Jagland said Friday in announcing the award in Oslo.

“The European Jewish communities have felt the many evolutions, revolutions and convulsions on our continent,” Kantor said. “However, from its very inception, we welcomed a more unified Europe which has sought to bring together all Europeans from many backgrounds into one family and I am proud to say that European Jewry embraced the ideal of an inclusive and integrated Europe.”

“The Nobel Peace Prize sends a very strong message that the European Union’s achievements of turning a continent that has known so much bloodshed and conflict now deals with its challenges in a peaceful and tolerant manner,” he added.

“Jews and members other minority communities have been among the main beneficiaries of closer European integration, and although anti-Semitism and racism continue to worry us, the European Union is – and will be in the future – our main ally in overcoming these scourges,” Lauder said. “On the international level, the EU should take this prize as an encouragement to take a more proactive and energetic stance on the important issues the world faces today, including the Iranian threat, the rise of Islamism and the worrying developments in the Middle East.”