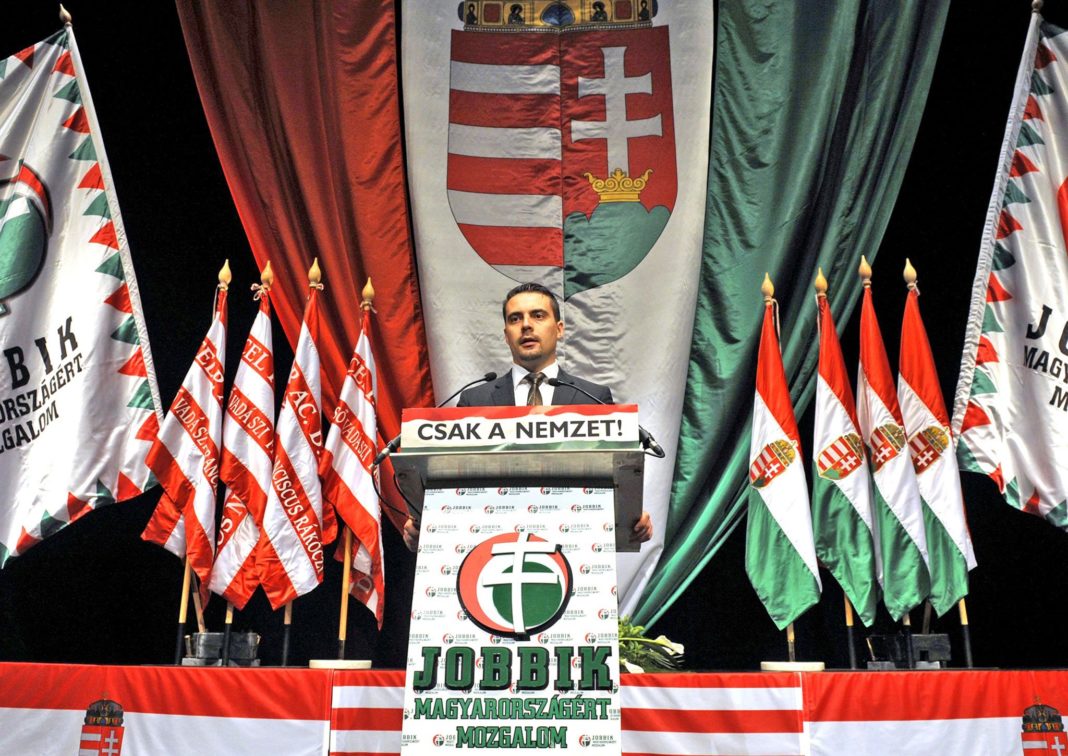 The Hungarian government on Tuesday condemned comments made by a parliament member of the extreme-right Jobbik party who said officials of Jewish origin should be listed because they might be a “national security risk.”

Marton Gyongyosi made the remarks during a debate on Gaza at the Hungarian parliament.

He said the list was “necessary” because of heightened tensions following the brief conflict in Gaza and should include members of parliament.

“I know how many people with Hungarian ancestry live in Israel, and how many Israeli Jews live in Hungary,” according to a video posted on Jobbik’s website on Monday.

“I think such a conflict makes it timely to tally up people of Jewish ancestry who live here, especially in the Hungarian Parliament and the Hungarian government, who, indeed, pose a national security risk to Hungary.”

“The government condemns to the greatest possible degree” Mr Gyongyosi’s statement, a spokesman said. He added that the government took “the strictest possible action against every form of racism and anti-Semitic behaviour” and did “everything in order to ensure that malicious voices incompatible with European norms are driven back.”

“The government also makes it clear that every citizen will be protected from such insults,” the spokesman said.

Parliament Speaker, Laszlo Kover, from the ruling Fidesz party, issued a statement calling for a tightening of house rules that would allow a sanctioning of such behaviour.

Jobbik, which is knowsn for its frequent anti-Semitic slurs, is the third largest group in the 386-seat parliament with 47 seats.

“I am a Holocaust survivor,” said Gusztav Zoltai, executive director of the Hungarian Jewish Congregations’ Association. “For people like me this generates raw fear, even though it is clear that this only serves political ends. This is the shame of Europe, the shame of the world.”

European Jewish Congress President Moshe Kantor said Gyongyosi’s suggestion “is reminiscent of the ‘selection’ which took place in Nazi concentration camps where people would be divided into the desirable and the less desirable who should be dispensed with because they were a threat.”

“This has broken all lows for the Jobbik party and their party should be shunned in Hungary and proscribed in the European Parliament where they have representation.”

Jobbik has three MEPs in the EU assembly.

According to Kantor, “these remarks present an important challenge for the Hungarian and European Parliament. Either they place boundaries on hate-speech and incitement to violence within representative parties in their parliaments or it will lose its moral compass.”

He continued, “We demand outrage from senior Hungarian and European Union officials after these comments. Refraining from a wide-scale outrage will leave the Jewish community feeling there is acquiescence that this constitutes acceptable speech and parliamentary conduct.”

“The increase in physical attacks on Jews in Hungary, we believe, is directly related to not only the rise of Jobbik, but also the lack of condemnation for their statements and actions.”